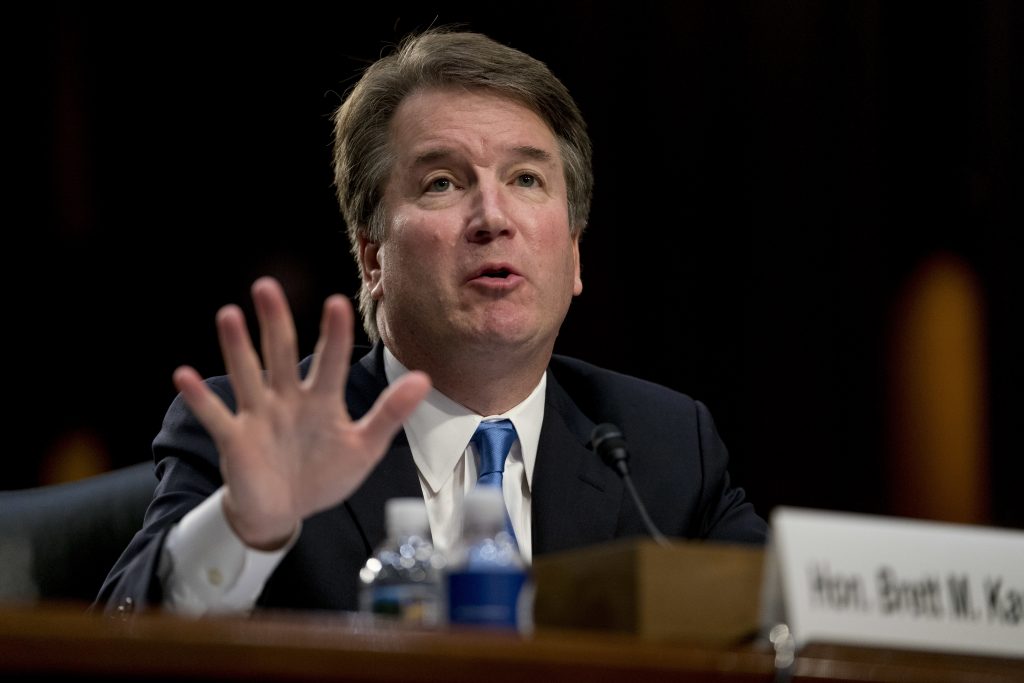 The top Democrat on the Senate Judiciary Committee said Thursday that she received a letter from a person about Supreme Court nominee Brett Kavanaugh and referred it to federal investigators.

“That individual strongly requested confidentiality, declined to come forward or press the matter further, and I have honored that decision. I have, however, referred the matter to federal investigative authorities,” Sen. Dianne Feinstein of California said in a statement.

The letter describes an alleged episode of misconduct involving Kavanaugh when he was in high school, according to a person familiar with the matter. Democrats on the Judiciary Committee first learned about the letter at a meeting on Wednesday night. The letter had been relayed to Feinstein by Rep. Anna Eshoo, D-Calif., the person said.

The White House defended Kavanaugh in a statement, calling the latest controversy an “11th hour attempt to delay his confirmation.”

“Throughout his confirmation process, Judge Kavanaugh has had 65 meetings with senators, including with Senator Feinstein, sat through over 30 hours of testimony, addressed over 2,000 questions in a public setting and additional questions in a confidential session. Not until the eve of his confirmation has Sen. Feinstein or anyone raised the specter of new ‘information’ about him,” said spokeswoman Kerri Kupec.

A person familiar with the matter confirmed that the letter was referred to the FBI. The Justice Department declined to comment, and Kavanaugh did not immediately respond to a request for comment.

Feinstein did not disclose the contents of the letter when pressed on Thursday and Senate Judiciary Committee Chairman Chuck Grassley, R-Iowa, said he had not seen it. The controversy arose in the final stages of Kavanaugh’s confirmation process, as Democrats sought to delay the process.

“Let me get this straight: this is [a] statement about [a] secret letter regarding a secret matter and an unidentified person. Right,” he tweeted sarcastically.

“I will add: the FBI already performed and has reported on a background investigation on the nominee and this has been made available to all senators on the Judiciary Committee,” Cornyn wrote.

Democratic senators leaving the Wednesday night meeting of the Judiciary Committee declined to comment, but people familiar with the matter said Feinstein is the only senator who has seen the letter.

Separately, the Judiciary Committee on Thursday delayed its vote on Kavanaugh until Sept. 20, with votes by the full Senate expected during the final week of September.

After Feinstein released her statement, Grassley spokesman George Hartmann said there is “no plan to change the committee’s consideration of Judge Kavanaugh’s nomination.”