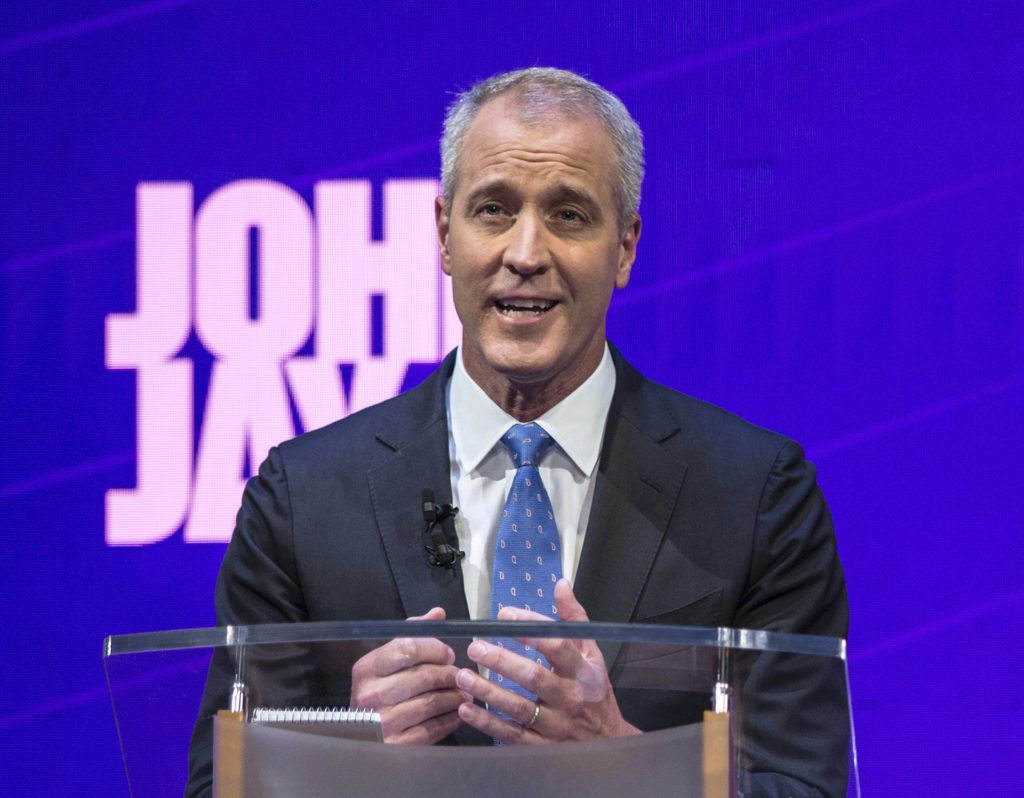 All four candidates have vowed to be a legal thorn in the Republican president’s side, if elected. The winner will inherit several pending lawsuits filed by the state that challenge Trump’s policies and accuse his charitable foundation of breaking the law.

New York’s attorney general has long had an unusual role as a regulator of Wall Street and an occasional prosecutor of the rich and powerful.

But in this contest, Trump has emerged as the common foe.

“Donald Trump is a clear and present danger,” Maloney said at a recent debate. “He is a crook, and a bigot, and he has a bullseye on New York.”

Teachout said she’d use the “law as a sword, not just a shield” in cracking down on Trump. Her former watchdog group, Citizens for Responsibility and Ethics in Washington, sued the Trump administration, arguing that the president’s hospitality businesses violate part of the Constitution barring the president from accepting gifts and payments from foreign governments without Congress’ consent.

The current attorney general, Barbara Underwood, was appointed in May when Eric Schneiderman resigned after he was accused of domestic violence. Underwood declined to run for election.

Recent polling in the race has shown it to be too close to declare a front runner heading into election day, but James, 59, New York City’s elected watchdog, has picked up endorsements from Gov. Andrew Cuomo and several powerful unions.

A win by Teachout, 46, who ran against Cuomo for governor in 2014 and took a surprising 34 percent of the vote, could upend the state’s political dynamic.

She has run as an outsider, often campaigning with Cuomo’s primary foe, Cynthia Nixon, and has pledged to make fighting state corruption a priority.

Maloney, 52, is in his third term representing the Hudson Valley in Congress and said he would abandon his re-election campaign if he wins the attorney general’s primary. Eve, 54, a Verizon executive, ran for lieutenant governor in 2006.

Trump’s lawyers have argued in court that the attorney general’s office was unfairly politicized under both Underwood and Schneiderman.

In defending the state’s lawsuit against the Trump Foundation, the president’s lawyers have said the attorney general’s office built its case on minor bookkeeping violations.

Trump’s adversarial relationship with the office dates back to 2012, when Schneiderman sued Trump University, claiming the school defrauded students. Trump settled litigation related to the school for $25 million.

Keith Wofford, a New York City lawyer, is unopposed in the Republican primary. He says his priorities are tackling political corruption and ensuring that the attorney general’s office is “truly independent.”