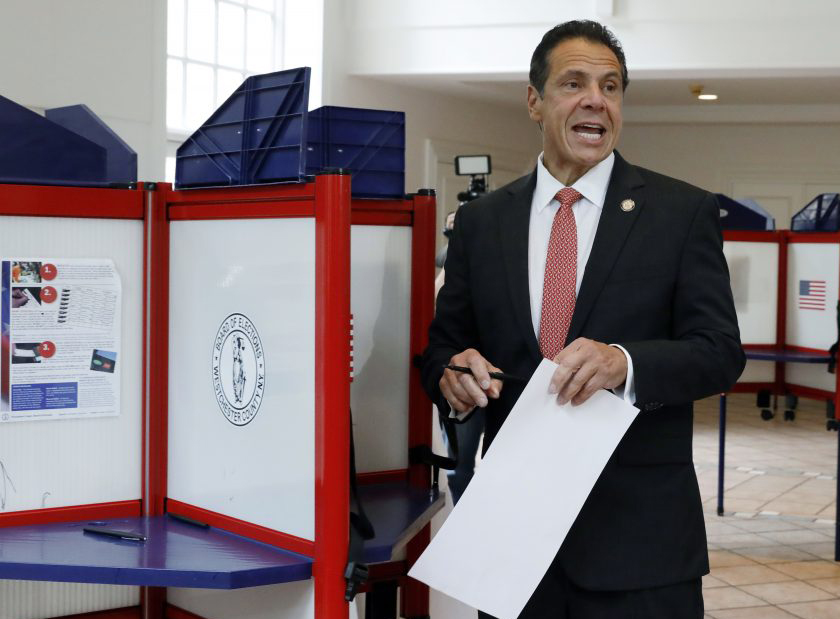 Gov. Andrew Cuomo overcame a primary challenge from activist Cynthia Nixon on Thursday, thwarting her attempt to become the latest insurgent liberal to knock off an establishment Democrat.

Cuomo, who always led in the polls and outspent his rival more than 8 to 1, seldom mentioned Nixon by name during an often-nasty campaign, instead touting his experience, achievements in two terms as governor and his work to push back against President Donald Trump.

“You cannot be a progressive if you cannot deliver progress. And a New York progressive is not just a dreamer, but we are doers,” Cuomo said at a campaign rally the night before the vote. “We make things happen.”

Nixon, a longtime education activist was counting on a boost from liberals looking to oust establishment politicians. She called herself a democratic socialist and pointed to recent congressional primary victories by New York’s Alexandria Ocasio-Cortez and Massachusetts’ Ayanna Pressley as evidence that underdog challengers can defy the odds.

But Cuomo secured key endorsements from Democrats such as Hillary Clinton and Joe Biden, and influential groups such as the National Organization for Women. And despite Nixon’s efforts, polls showed several key Democratic voting blocs remained loyal to the incumbent, including African-Americans, young voters and women.

In other election news, Democratic socialist Julia Salazar overcame scrutiny of her personal life and questions about truthfulness to win the Democratic primary for a state Senate seat in Brooklyn.

The 27-year-old first-time candidate defeated state Sen. Martin Dilan on Thursday in New York’s 18th Senate District. Salazar’s grassroots campaign targeted Dilan for failing to do enough to help the poor in Brooklyn. But recently, she faced criticism for how she described her life story. Among other things, she said she was an immigrant when she was born in Florida.

There is no Republican candidate in the general election.