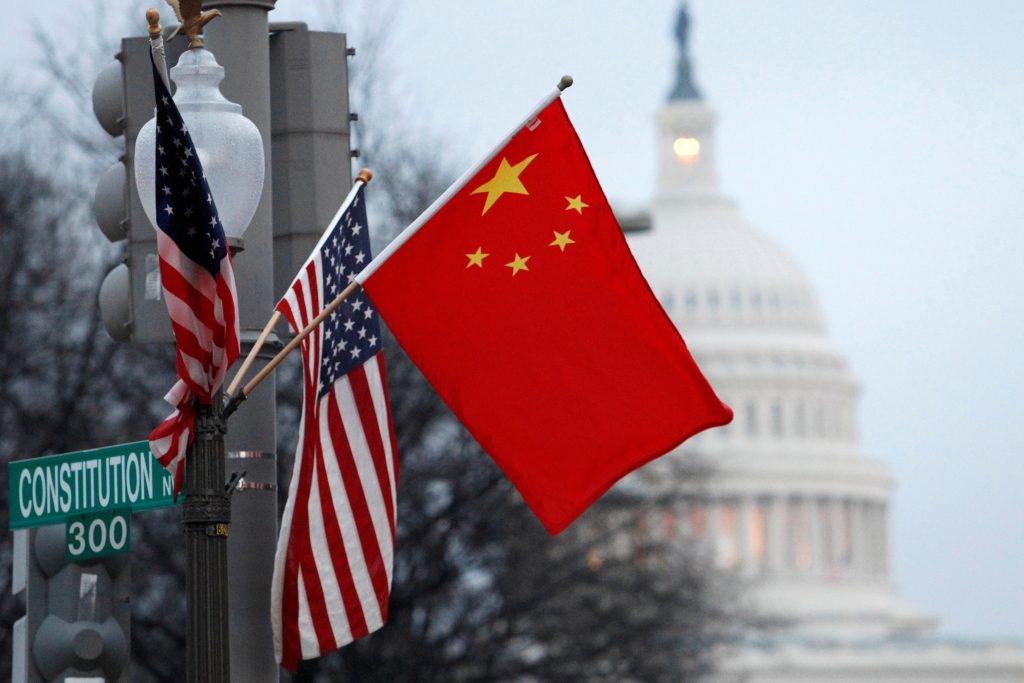 China said on Thursday that it welcomed an invitation by the United States to hold a new round of trade talks, as Washington prepares to further escalate the U.S.-China trade war with tariffs on $200 billion worth of Chinese goods.

The Trump administration had invited Chinese officials to restart trade talks, the White House’s top economic adviser said on Wednesday, news that gave a lift to Asian stocks, including Chinese shares and the yuan currency.

Chinese Foreign Ministry spokesman Geng Shuang told reporters China had received the invitation and welcomed it, adding that the two countries were in discussion about the details.

“China has always held that an escalation of the trade conflict is not in anyone’s interests. In fact, from last month’s preliminary talks in Washington, the two sides’ trade talk teams have maintained various forms of contact, and held discussions on the concerns of each side,” he said.

Two people familiar with the effort said Mnuchin’s invitation was sent to his Chinese counterparts, including Vice Premier Liu He, the top economic adviser to Chinese President Xi Jinping, for talks in coming weeks.

The invitation comes amid a swelling chorus of opposition to tariffs from Western business circles.

On Thursday, the U.S. business lobbies AmCham China and AmCham Shanghai published a joint survey showing that the negative impact on U.S. companies in China of tit-for-tat tariffs Washington and Beijing have imposed on one another was “clear and far-reaching.”

More than 60 percent of U.S. companies polled said the U.S. tariffs were already affecting their business operations, while a similar percentage said Chinese duties on U.S. goods were having an impact on business.

AmCham China and AmCham Shanghai urged the Trump administration to rethink its approach.

The European Union Chamber of Commerce in China released its own survey on Thursday saying the tariffs were causing “significant disruptions” to global supply chains and “seriously impacting” non-Chinese and non-American companies.

A day earlier, more than 60 U.S. industry groups launched a coalition – Americans for Free Trade – to take the fight against the tariffs public.

The Trump administration is preparing to activate tariffs on $200 billion worth of Chinese goods, hitting a broad array of internet technology products and consumer goods from handbags to bicycles to furniture. It was unclear whether any U.S.-China talks would delay the duties.

Kudlow earlier told reporters outside the White House that communications with Beijing had “picked up a notch.”

“I think most of us think it’s better to talk than not to talk, and I think the Chinese government is willing to talk,” Kudlow said.

Asked if the Trump administration would like to have additional trade talks with China, Kudlow said: “If they come to the table in a serious way to generate some positive results, yes, of course. That’s what we’ve been asking for months and months.”

But he cautioned: “I guarantee nothing.”

The timing and location of the proposed meeting were unclear, the sources familiar with the matter said. Mid-level U.S. and Chinese officials held inconclusive talks on Aug. 22 and 23.

A U.S. Treasury spokesman did not respond to requests for comment.

Scott Kennedy, deputy director of China studies at the Center for Strategic and International Studies in Washington, said he suspected the invitation to talks would be viewed skeptically in Beijing.

“My guess is that they won’t receive an enthusiastic response from the Chinese, because the Chinese probably just don’t think that the Trump administration itself necessarily wants a deal or is willing to offer anything,” Kennedy said during a research trip to China.

“China’s economy has slowed a tiny amount, and it certainly has financial anxieties, but it is nowhere near any kind of tipping point. I don’t see the Chinese running to the table to up their offer in any appreciable way.”

The invitation was first reported by The Wall Street Journal. A meeting among Cabinet-level officials could ease market worries over the escalating tariff war that threatens to engulf all trade between the world’s two largest economies and raise costs for companies and consumers.

So far, the United States and China have hit $50 billion worth of each other’s goods with tariffs in a dispute over U.S. demands that China make sweeping economic policy changes, including ending joint venture and technology transfer policies, rolling back industrial subsidy programs and better protecting American intellectual property.

China has threatened retaliation, which could include action against U.S. companies operating there.