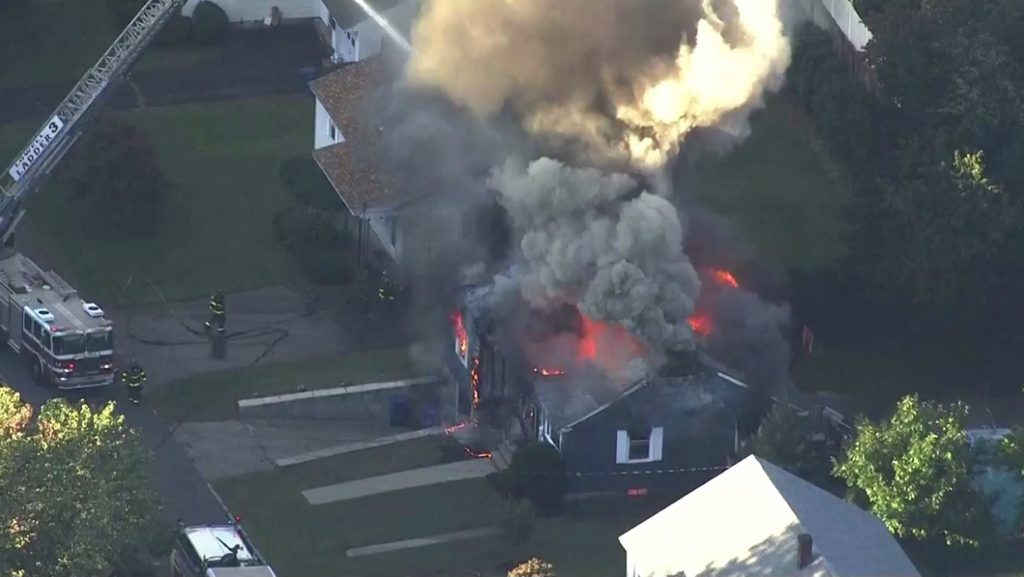 A series of gas explosions caused fires at more than 20 homes across three communities north of Boston on Thursday, forcing entire neighborhoods to evacuate as crews scramble to douse the flames and shut off gas and electric lines in an attempt to prevent further damage.

Massachusetts State Police say troopers have been dispatched to Lawrence, Andover and North Andover to secure scenes and help traffic that has snarled roads as panicked residents attempt to flee their neighborhoods amid the afternoon rush hour.

Joseph Solomon, the police chief in nearby Methuen, said 20 to 25 homes were on fire in Lawrence. Solomon, who responded to Lawrence to help, said there are so many fires “you can’t even see the sky.”

The cause wasn’t immediately clear. The Columbia Gas company had announced earlier Thursday that it would be upgrading gas lines in neighborhoods across the state, including the area where the explosions happened,. It was not clear whether work was happening there Thursday, and a spokeswoman did not immediately comment.

Town officials in Andover are advising all residents and businesses to evacuate and to shut off their gas, if they know how to safely. The town of 35,000 residents is about 26 miles north of Boston, near the New Hampshire border.

In neighboring North Andover, town Selectman Phil Decologero said that his entire neighborhood had gathered in the street, afraid to enter homes. He warned anyone with concerns to leave their houses and head to North Andover High School, which is being set up as a gathering point.

“It’s definitely a scary situation at the moment,” he said. “It’s pretty severe.”

Entire neighborhoods were being evacuated in Lawrence. City Councilor Marc Laplante said authorities were shutting off electric power and urging residents in the Colonial Heights neighborhood to head to Parthum elementary and middle schools.

“People need to get out of this area safely, and it’s really difficult because the traffic right now is horrendous,” he said.