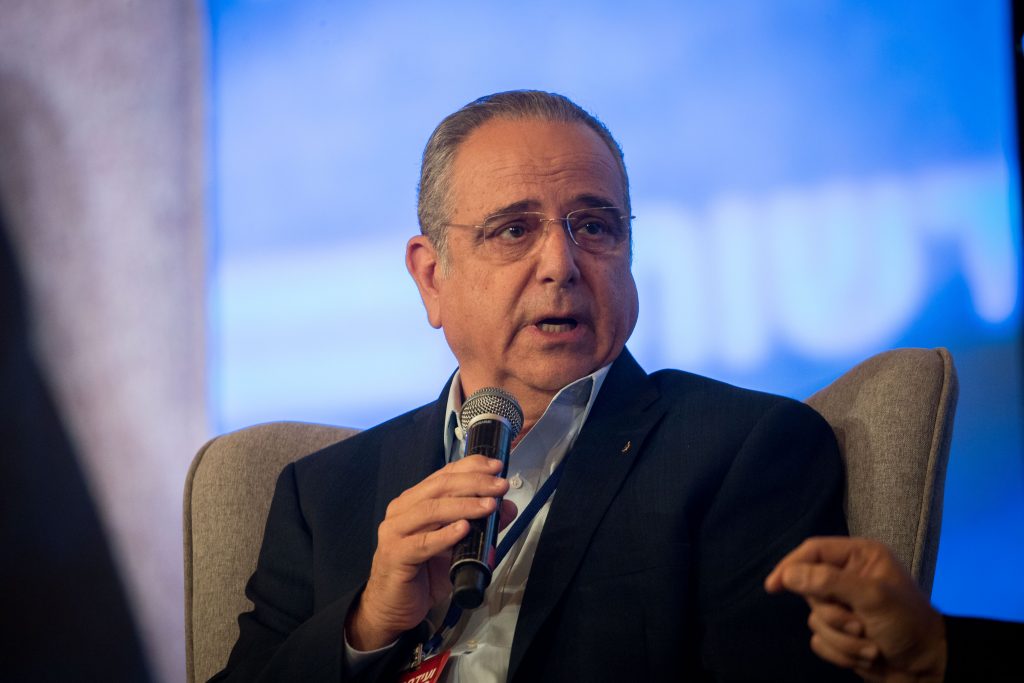 Turkey has been dumping on Israel again, but this time it’s not the rhetorical dumping of the infamous Erdogan variety. It’s a kind of dumping that’s done with trucks.

Workers from Israel’s Hartuv cement company held a demonstration outside the ministry of finance on Wednesday to protest the dumping of cheap Turkish cement on the local market, threatening the loss of hundreds of jobs, according to Arutz Sheva.

The importation of cement from Turkey—and Greece—at market-busting prices could force the closing of the cement factory in Beit Shemesh, portending financial catastrophe for many families in the area whose breadwinners are employed there.

They demanded that Finance Minister Moshe Kahlon put a stop to it.

“It does not make sense that the State of Israel told us to come to work and produce high quality cement in order to increase competition, and then it allows Erdogan to flood the country with cheaper cement than what is known in Turkey,” said Avi Elimelech, chairman of the workers’ union and electrical engineer at the Hartuv factory in Beit Shemesh.

“It does not make sense that hundreds of families from Beit Shemesh and the surrounding area will be harmed like this. We do not seek to stop imports, we do not ask for privileges, only to do the logical and right thing, and to allow us to make a decent living and to compete fairly. ”

Shraga Brosh, president of the Manufacturers Association of Israel, likewise inveighed against the government: “Importing at dumping prices constitutes a violation of both international trade agreements and Israeli law, and today imports are severely damaging the local cement industry.”

“Today in the state of Israel, there are only two local cement producers that employ hundreds directly and thousands of others second and third-hand, alongside a number of importers, and it is our responsibility as a state to protect them and ensure that their factories will continue to function.