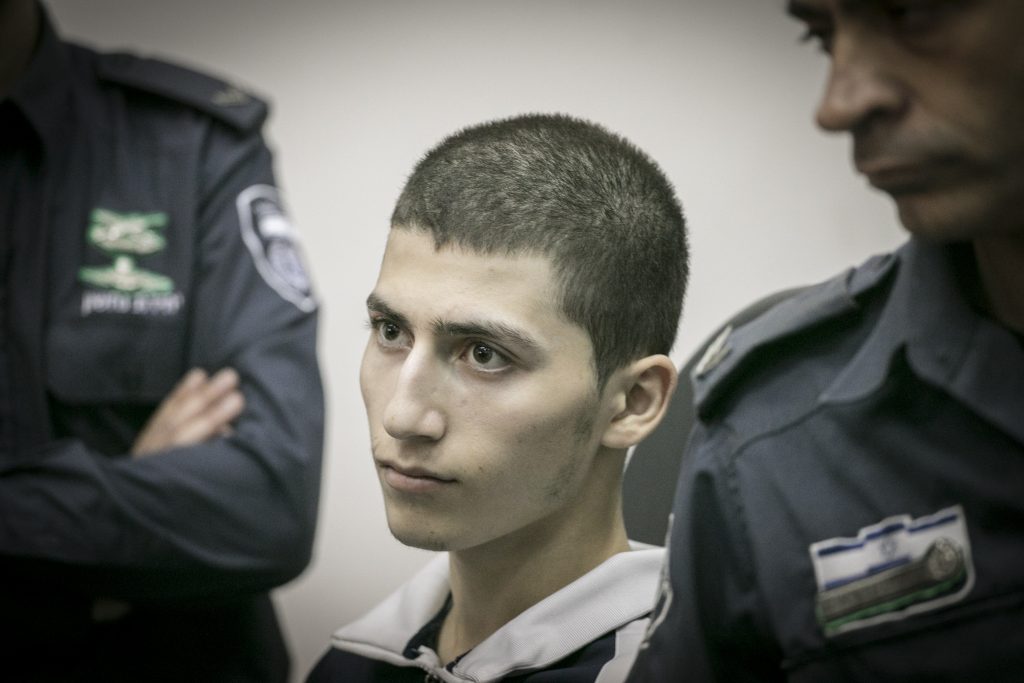 A Palestinian man from Chevron was sentenced to 35 years in prison on Wednesday for two attempted murders, one of which resulted in permanently paralyzing a policewoman.

The Yerushalayim District Court handed down the sentence to Ayman Kurd, 21, who stabbed policewoman Tsippi Yacovian in the neck on September 2016 in the Old City. Yacovian was permanently incapacitated after her spinal cord was severed during the attack near Herod’s Gate.

A second police officer was also wounded in the incident.

In his confession, Kurd said he acted out of revenge for a relative who was killed while carrying out a similar terror attack.

Although she survived the attack, Yacovian, 38, a mother of two, has suffered terribly. She requires 24-hour care and specialized equipment to meet her needs.

A fundraising campaign was launched to help her family raise 1 million shekels to supplement assistance provided by the Defense Ministry to equip a wheelchair-accessible residence.

Kurd sat on a bench and watched the two police officers just prior to the attack. Without warning, he got up and ran toward them and began a stabbing attack.

The second officer, who was wounded only moderately, managed to draw his weapon and fired several shots, neutralizing the assailant.