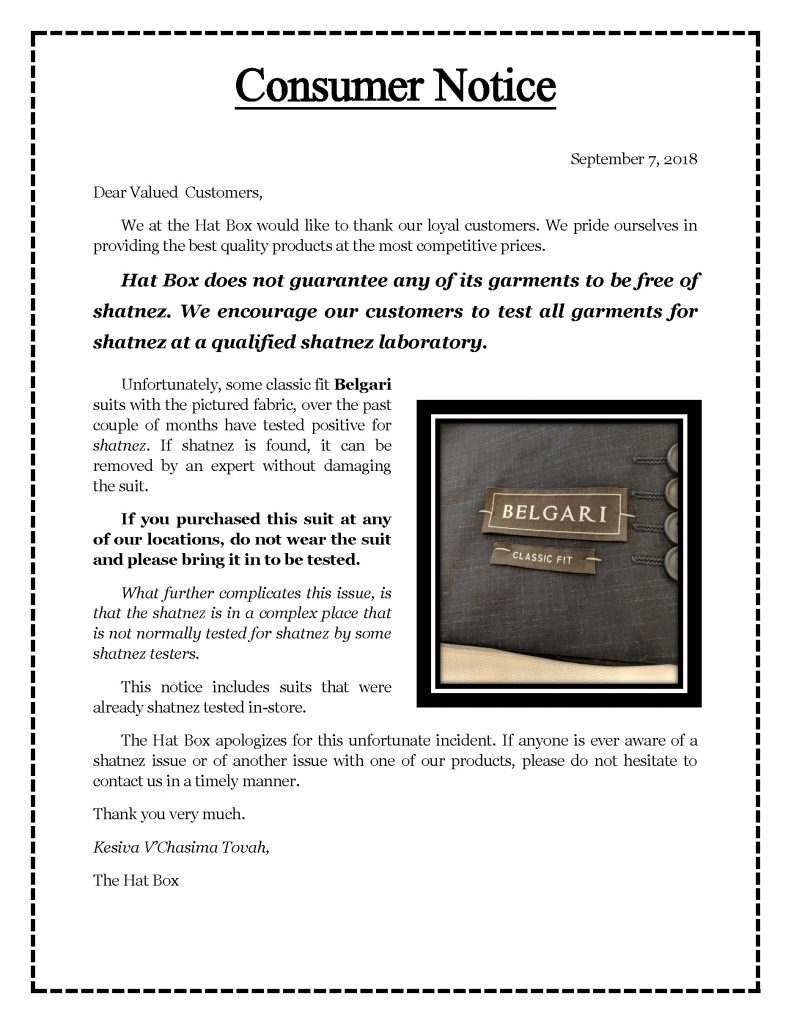 A warning has been issued by the Vaad L’Mishmeres Shatnez (VMS) that consumers retest a suit being sold in several stores in the community.

The issue became known through a recall issued by the Hat Box clothing store on the “classic fit” model of suits made by Belgari.

“As we approach the Yemei Hadin, everyone wants to make sure they are correctly doing all the mitzvos,” read a statement from Rabbi Moshe Bresler of VMS. “No one wants to be judged by the Borei Olam while wearing shaatnez.”

The warning says that as the shaatnez in this particular model is in an area that is not routinely checked, that even suits that have been inspected by stores should be rechecked. Those tested in the Hat Box’s Lakewood branch do not have to be retested, as local expert Rabbi Yosef Sayagh confirmed that they had been thoroughly inspected.

In an announcement, the Hat Box urged customers to have the suit retested, adding that if shaatnez is indeed found, it can be removed.

Rabbi Bresler commended Shia Ellenbogen and staff at the Hat Box for properly alerting the public and added a hope that “others follow their lead and likewise notify their clients when there is a shaatnez concern.”