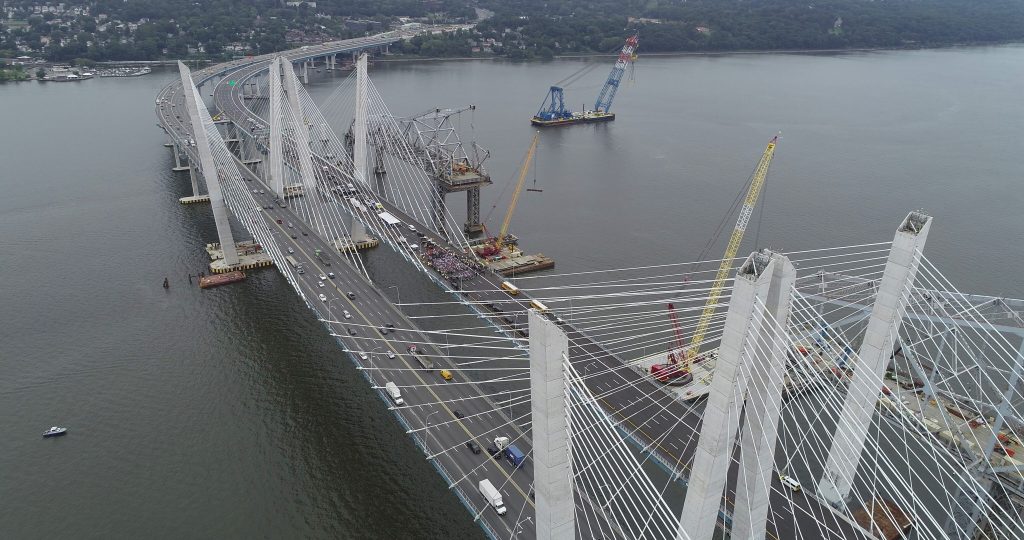 The Cuomo administration offered enticements to the builders of the new Gov. Mario M. Cuomo Bridge to open the structure’s second span in August, ahead of this week’s Democratic primary, according to a report published by The New York Times.

The Times reports that a Thruway Authority official wrote to contractors in July directing that work on the eastbound span be completed so the bridge could fully open Aug. 24. The official offered to absolve contractors of responsibility for accidents that might occur while work continued as traffic moved across the span.

The Westchester-bound span was supposed to open last Saturday, but that plan was scratched because of safety concerns over a section of the old Tappan Zee Bridge still to be demolished. Engineers said the old section next to the eastbound span was discovered to be destabilized Friday night while crews were preparing to paint lane lines on the eastbound span ahead of Saturday morning’s scheduled opening.

Democratic Gov. Andrew Cuomo announced Sept. 4 that the second span would open on Saturday. On Friday, he held a grand opening ceremony on the eastbound span featuring former Secretary of State Hillary Clinton. The event included Cuomo riding across the new span in a 1932 Packard convertible owned by Franklin D. Roosevelt when he was New York governor.

According to an internal state document obtained by the Times, Jamey Barbas, the Thruway Authority official overseeing the bridge project, sought to negotiate the timing of the second span’s opening. In addition to absolving contractors of accident responsibility, Barbas told the builders the state would absorb “premium additional costs” if the second span was open on Aug. 24.

She denied that the offers in her letter amounted to incentives, telling the Times that the Aug. 24 date was a 10-day extension on a contract deadline agreed to more than a year ago.

Cuomo has said he and his administration had no role in the timing of the bridge’s opening, a claim challenged by his political opponents, including fellow Democrat Cynthia Nixon, who’s facing him in Thursday’s primary, and Marc Molinaro, a Republican who’s running for governor.

Nixon said there are “reasonable questions” about whether last Saturday’s scheduled span opening was accelerated to boost the governor’s campaign, while Molinaro has called for the National Transportation Safety Board to investigate the matter.

The first of the twin spans carrying Interstate 87 over the Hudson River opened last year, with eastbound and westbound traffic sharing the span. When fully opened, each span will have four vehicle lanes and a pedestrian-bicycle path.