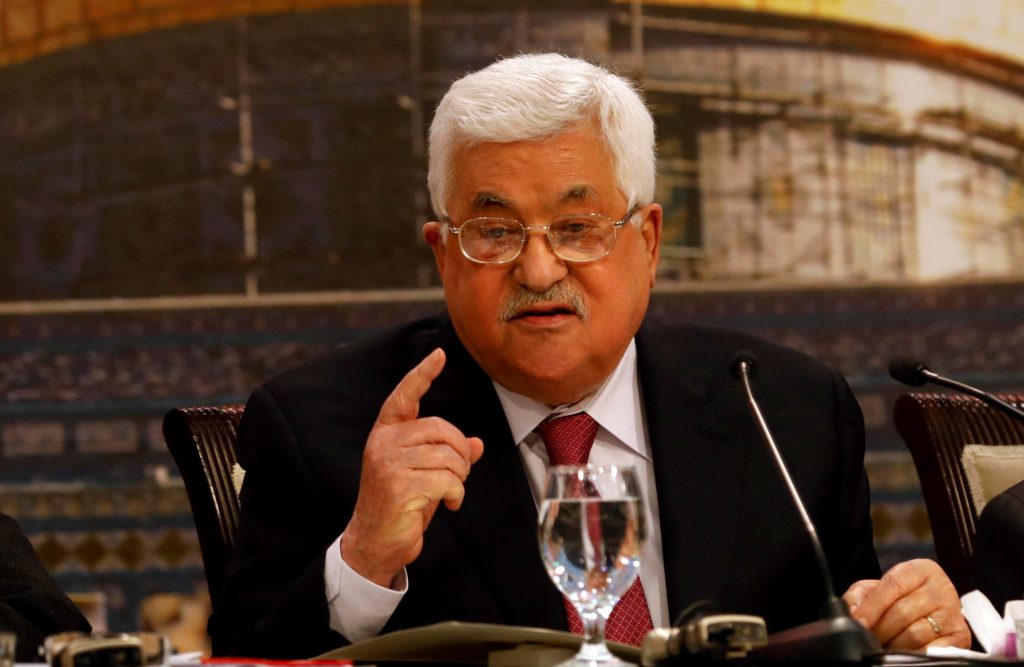 Palestinian Authority chief Mahmoud Abbas will use his opportunity to speak at the United Nations General Assembly to personally attack President Donald Trump. PA sources told Channel Ten that Abbas “plans a very critical speech at the end of September and will place the blame for the deterioration of the situation in the Middle East on Trump personally. He plans on using very undiplomatic language, to say the least,” the sources said.

After a series of steps aimed at the Palestinians in recent weeks, from halting UNWRA funding to freezing payments to Arab hospitals in Yerushalayim – all aimed at prompting the PA to negotiate seriously with Israel – the Trump administration on Monday ordered the closure of the PLO mission in Washington DC. The moves “make Trump an enemy of peace,” the sources told Channel Ten. “With his policies, Trump is encouraging terrorist behavior and will cause violent behavior that will blow up in the faces of Israel and the U.S.”

The sources added that Abbas is considering cutting off relations with the United States altogether, and that he will refuse to meet with Trump at the U.N. meeting, even if the President invites him to meet.

Response from supporters and opponents of the closure of the PLO mission continued to come in Wednesday. Speaking to Reshet Bet, government Minister Tzachi Hanegbi said that Trump made the right move. “The ball is now in the Palestinians’ court. They are not prepared to negotiate with Israel, and now they have to be concerned about losing relevance, that the U.S. will just forget about them. It’s either that or return to the negotiating table,” he said.

Transportation Minister Yisrael Katz said that with his actions, “Trump is peeling away the lies of the Palestinians, layer after layer, like you would peel an onion. We would be happy to see the end of the Palestinian dream of a ‘Greater Palestine from the river to the sea’ that is taught in the schools run by Abbas’s PA, not just by Hamas. I would expect the Israeli left to support moves that could contribute to the restarting of negotiations,” he said.

That was not the case, however. In a statement, Peace Now slammed the decision, said that “the masquerade is over. After the unilateral moving of the U.S. embassy to Jerusalem, the attempt to destroy UNWRA, the closure of Arab hospitals, the American administration has lost all credibility as an honest broker in the dispute. It is now an official branch of the Yesha Council.”

MK Ahmed Tibi (United Arab List) said that Trump “is taking revenge on the Palestinian people and its leadership for refusing to consider his strange ideas in the so-called ‘deal of the century,’ especially after his moving of the embassy. None of these moves will destroy the determination of Palestinians, and they will not eliminate the refugee problem or change the status of Yerushalayim as occupied territory. Trump thinks he is a smart businessman, but his sales pitch has failed time after time, and the U.S. has lost its status as an honest broker, preferring the messianic ideas of ambassador David Friedman and the rightwing social media posts of negotiator Jason Greenblatt.”