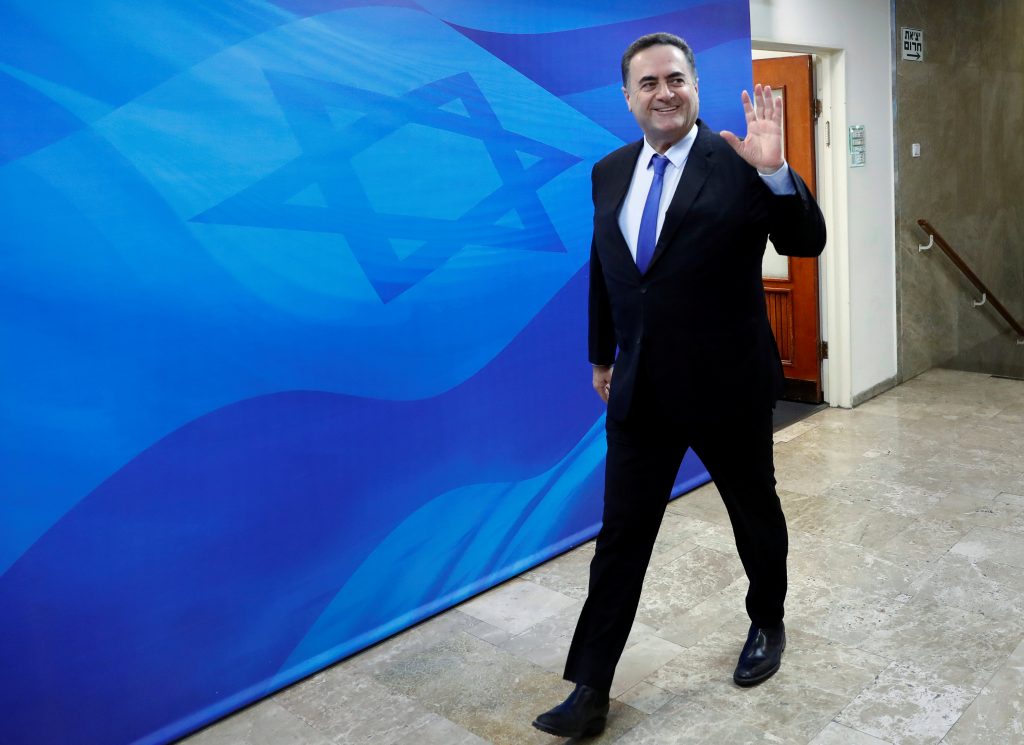 An Israeli Cabinet minister says that if Iran chooses to continue pursuing a nuclear program it will face a “military” answer.

In an exclusive interview with The Associated Press, Ali Akbar Salehi says Iran won’t be deterred by President Donald Trump’s sanctions and withdrawal from the global nuclear deal.

Katz says if Iran presses forth it will face a “direct threat from the United States and its allies.”

The U.S. withdrawal from the deal has already badly shaken Iran’s economy, crashing its currency, the rial. Katz says Iran can either succumb to Trump or watch its economy collapse.

“The time has come for the world to unite in the fight against terrorist organizations. It is doing so to a certain extent against Daesh but it is not doing so against Iran,” Netanyahu said at the weekly cabinet meeting.

“On the contrary, what we are seeing is that while Iran is sending terrorist cells to Europe, European leaders are appeasing – and reconciling with – Iran, in the same week that the terrorist cells were due to carry out their operations, which we helped thwart. This is unacceptable.

“The appeasement of Iran abets the relentless assault on the values and security of the free societies, and the time has come for Western governments to join the strong and clear effort by the Trump administration against the terror regime in Tehran.”

“Yesterday we marked 17 years since the awful terrorist attack against the American people at the Twin Towers in New York and at the Pentagon in [Greater] Washington,” he said. “This operation was carried out by al-Qaida. Al-Qaida has passed the torch to Islamic State, even as Iran also promotes international terrorism.”