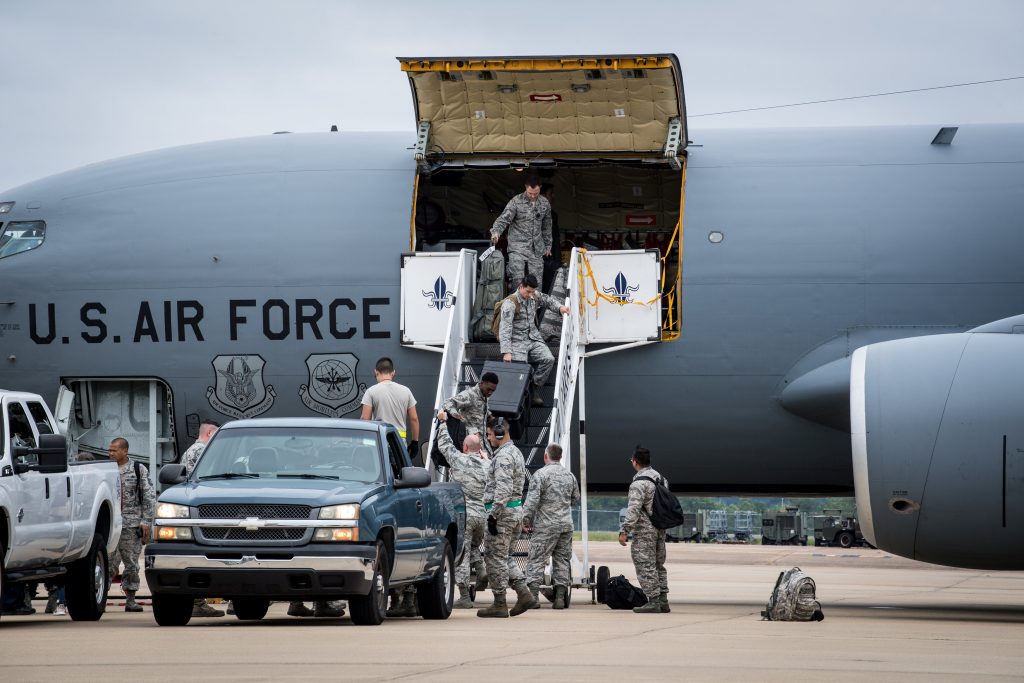 Beach communities in North and South Carolina emptied out on Wednesday as Hurricane Florence threatened to unleash pounding surf and potentially deadly flooding as the most powerful storm to make a direct hit on the states in decades.

Florence had maximum sustained winds of 130 miles per hour and was on a trajectory that showed its center most likely to strike the southern coast of North Carolina by Friday, the National Hurricane Center said.

Updated NHC forecasts showed the storm lingering near the coast, bringing days of heavy rains that could bring intense inland flooding from South Carolina, where some areas could see as much as 40 inches of rain, to Virginia.

“This storm is big and it’s vicious,” North Carolina Governor Roy Cooper said on NBC on Wednesday. “Flooding is a significant risk here and often when there is flooding the people who can afford it the least get hit the most.”

More than 1 million people have been ordered to evacuate the coastline of the three states, while university campuses, schools and factories were being shuttered.

The NHC said the first tropical storm-force winds of at least 39 miles per hour would hit the region early on Thursday with the storm’s center reaching the coast Friday. At 8 a.m. on Wednesday the storm was located about 530 miles southeast of Cape Fear, North Carolina.

President Donald Trump on Twitter warned of the storm’s dangers and praised his administration’s handling of past hurricanes, rejecting criticism for its response to Hurricane Maria last year in Puerto Rico. Some 3,000 people died in the aftermath of that storm.

“Hurricane Florence is looking even bigger than anticipated,” Trump said. “We got A Pluses for our recent hurricane work in Texas and Florida (and did an unappreciated great job in Puerto Rico, even though an inaccessible island with very poor electricity and a totally incompetent Mayor of San Juan). We are ready for the big one that is coming!”

To hasten evacuations from coastal South Carolina, officials switched traffic patterns so that all major roads led away from shore.

The last hurricane rated a Category 4 on the five-step Saffir-Simpson to plow directly into North Carolina was Hazel in 1954, a devastating storm that killed 19 people.

Crews also prepared 16 nuclear reactors in the three-state region for the storm.

The American Red Cross said more than 700 workers were headed to the region while shelters were set up to house those unable to flee.

The U.S. Coast Guard closed ports in Wilmington and Morehead City in North Carolina and Hampton Roads, Virginia, to inbound vessels greater than 500 tons and was requiring vessels of that size to leave if they did not have permission to be in the ports.