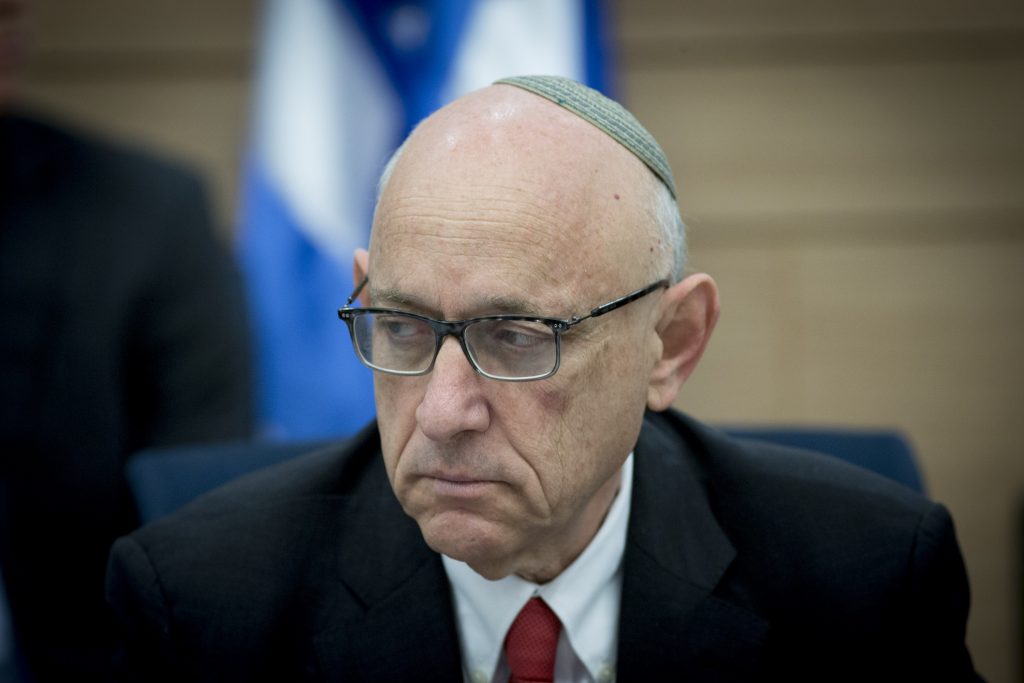 Two members of the panel which reviews the ethicality of official appointments were themselves forced to resign on Wednesday after the High Court froze the panel’s proceedings due to a concern that their association with Israeli Prime Minister Binyamin Netanyahu and other ministers posed a conflict of interest.

Former national security adviser Yaakov Nagel stepped down under protest, calling the court’s decision “absurd,” but that he did not want to delay the committee’s important work by fighting to stay on. Nagel’s connection to his former boss Netanyahu was the reason given by the court, in light of the fact that the panel will advise on the selection of the next police chief, who will be involved in ongoing investigations of the prime minister.

Iris Shtark, a senior accountant, was likewise put under a cloud, for her closeness to certain government ministers.

The court acted in response to a petition by Movement for Integrity watchdog group, which alleged that Nagel and Shtark were compromised by their association with officials who could improperly benefit from their being on the panel.

Nagel explained his decision to resign in a letter, saying that “despite the absurdity of these arguments I ask that you present my request to the government to release me from my position so as not to delay the important appointments the committee is scheduled to discuss in the coming months.”

However, Justice Menachem Mazuz insisted that the concern about conflict of interest was real:

“Since the prime minister may have a [personal] interest in the identity of the next [police] commissioner, he is forbidden from taking part in the process of selecting the committee that must approve the appointment,” Mazuz wrote.

It was noted that Nagel has continued to work for Netanyahu since leaving his post of national security adviser in the Netanyahu government.

The committee is charged with examining any ethical issues that may arise in the matter of appointees to the heads of key state agencies, including the IDF, Israel Police, Mossad, Shin Bet and Bank of Israel.

The committee’s fourth member is the serving head of the Civil Service Commission, a post currently held in an acting capacity since May 2017 by Udi Prawer, until recently the head of strategic planning in the Prime Minister’s Office. Prawer is expected to be replaced on the committee in mid-September by Daniel Hershkovitz, the former science minister and president of Bar Ilan University, whose appointment as the new civil service commissioner was ratified Wednesday.

In the wake of the resignations, the committee must now appoint two replacements, presumably unlinked to Netanyahu.