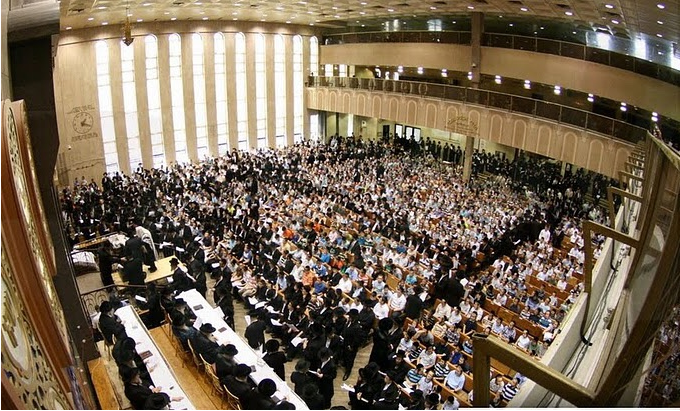 With Klal Yisrael facing unprecedented challenges that have swept every segment of the Jewish community, Misaskim is once again coordinating its annual Aseres Yemei Teshuva Tehillim Asifa, with tens of thousands of tinokos shel beis rabban joining together in a single voice to beseech Hakadosh Baruch Hu for rachamim during this most pivotal time of year.

The asifah will take place Thursday, September 13 at 1 p.m. Children from more than 35 yeshivos will gather at the Bobover shul in Boro Park, with thousands more from all over the world joining via satellite hookup. The program will include the recitation of kapitellach 13, 20, 79, 121, 130 and 142, followed by Minchah, Avinu Malkeinu, Selichos of Shlosh Esrei Middos and Kabalas Ol Malchus Shamayim. Everyone, regardless of age, is asked to stop whatever they are doing in order to take part in this global effort to bring an end to the tzaros that are being faced by so many in our own communities.

“We are on the front lines every day, seeing the worst of the worst,” said Misaskim founder Yanky Meyer. “The international Tehillim Asifa was initiated years ago in an effort to let those who are experiencing heartache and those who are sick know that they are not alone, that there are so many others davening for their yeshuah. It is our hope that by coming together as a community, the Ribbono shel Olam will bentch us with a year filled with simchah and brachah, where we will know no more sorrow.”