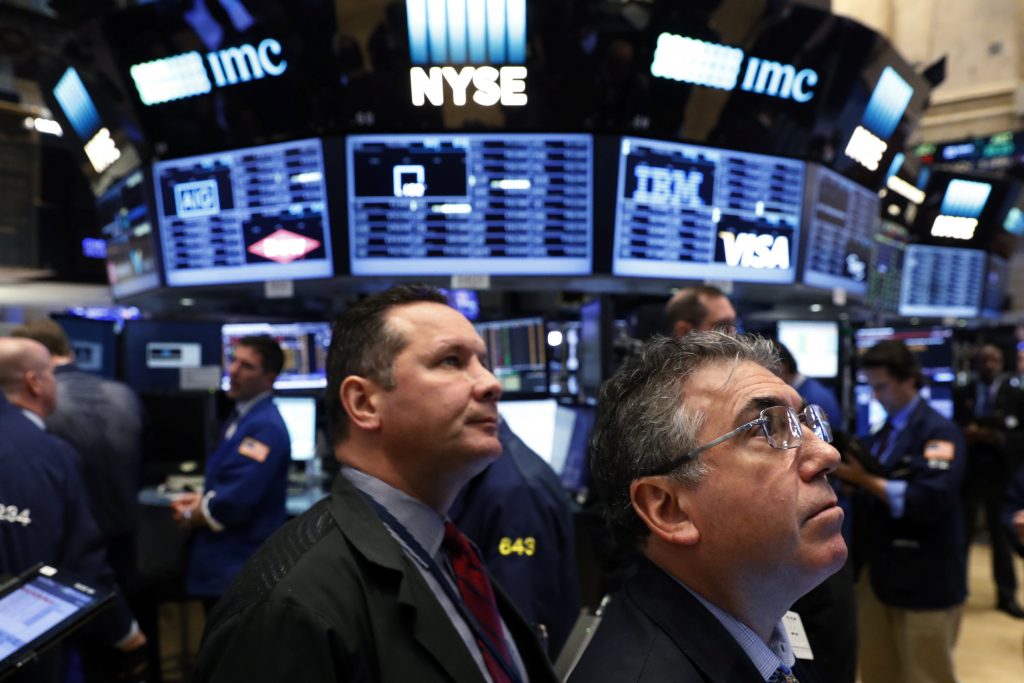 A broad index of world stock markets posted gains for a second straight day on Tuesday, as investors piled into U.S. technology and energy stocks even as a trade war loomed.

Wall Street continued its rally, with the benchmark S&P 500 stock index still on pace to deliver what once seemed improbable: a seventh year of double-digit percentage gains over the last decade.

Shares of Apple surged 2.5 percent a day ahead of the highly anticipated unveiling of the company’s new iPhone models. Energy stocks got a boost from a rally in oil prices.

U.S. job openings surged to a record high in July and more Americans voluntarily quit their jobs, pointing to sustained labor market strength and confidence that could soon spur faster wage growth. While that data may point to higher wages that could chip away at corporate profits, it also showcases a strong economy. Markets may see more stimulus this year from additional tax cuts being pondered by congressional Republicans.

“The fact that Trump still hasn’t announced the tariffs yet as expected has prompted a bit of cautious optimism, but it’s not a problem that’s going to go away,” said CMC Markets analyst Michael Hewson.

Emerging markets remained under pressure, with an index of those countries’ shares down 0.66 percent and touching their lowest level in nearly 16 months. Those markets’ currencies are also at their lowest level in more than a year, with some near record lows against the U.S. dollar. Copper, heavily consumed by emerging markets, lost 0.51 percent to $5,880.00 a tonne.

China told the World Trade Organization on Tuesday it wanted to impose $7 billion a year in sanctions on the United States in retaliation for Washington’s non-compliance with a ruling in a dispute over U.S. dumping duties.

Trump told reporters on Tuesday that the United States was taking a tough stance with China, but he described trade talks with Canada as going well.

“Weakness is set to remain a recurring theme amid global trade tensions, a broadly stronger dollar and prospects of higher U.S. interest rates,” said Lukman Otunuga, a research analyst at broker FXTM. “With turmoil in Turkey and Argentina triggering contagion fears, appetite for emerging market assets and currencies is likely to continue diminishing.”

Oil prices ignored the threat to demand posed by a trade war that could slow economic growth, taking their cue instead from looming U.S. sanctions against Iran’s petroleum industry that could hurt supply.