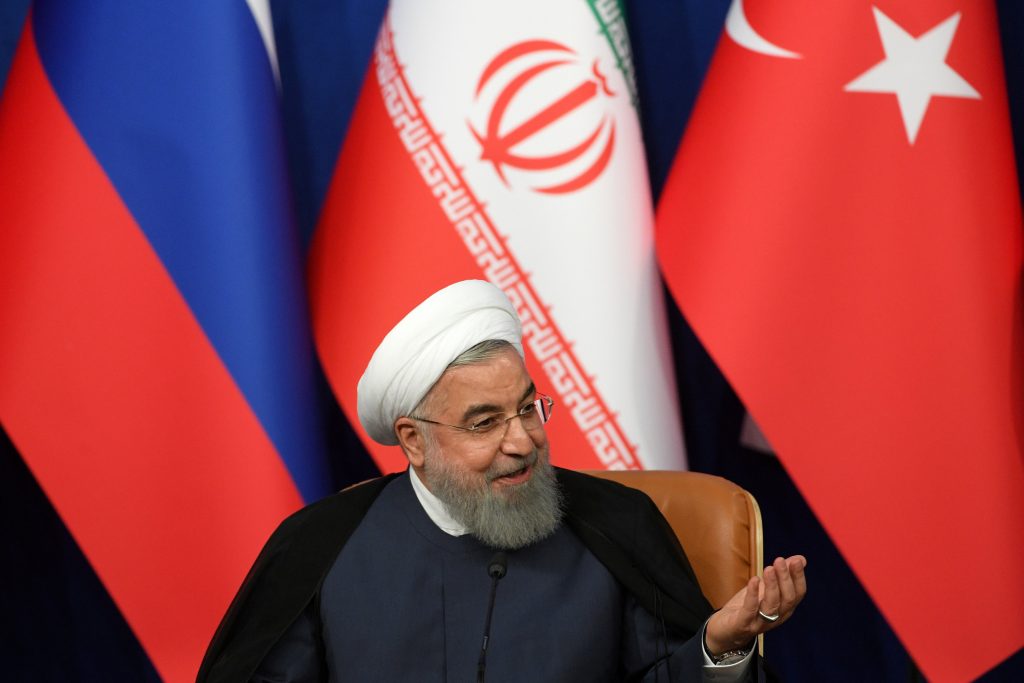 Tensions between Iran and the United States soared after President Donald Trump pulled out of a landmark nuclear deal with Iran in May, and then reimposed sanctions on the Islamic Republic last month.

Trump has said he would meet Iran’s leaders.

“From one side they try to pressure the people of Iran, on another side they send us messages every day through various methods that we should come and negotiate together,” Rouhani said in a speech broadcast on Iranian state media.

Washington aims to force Tehran to end its nuclear program and its support of terror groups in Syria and Iraq.

“Trump regime flip-flops are truly comical,” he wrote. “One week, its talking point is that we are ‘squandering’ our resources abroad, the next week it’s that we’ve not financially supported the Palestinians enough.”

U.S. sanctions targeting Iran’s oil sector are scheduled to be reimposed in November.

Iran is facing an “economic, psychological and propaganda war,” Rouhani said Saturday, pointing to the United States and Israel as the Islamic Republic’s main enemies.