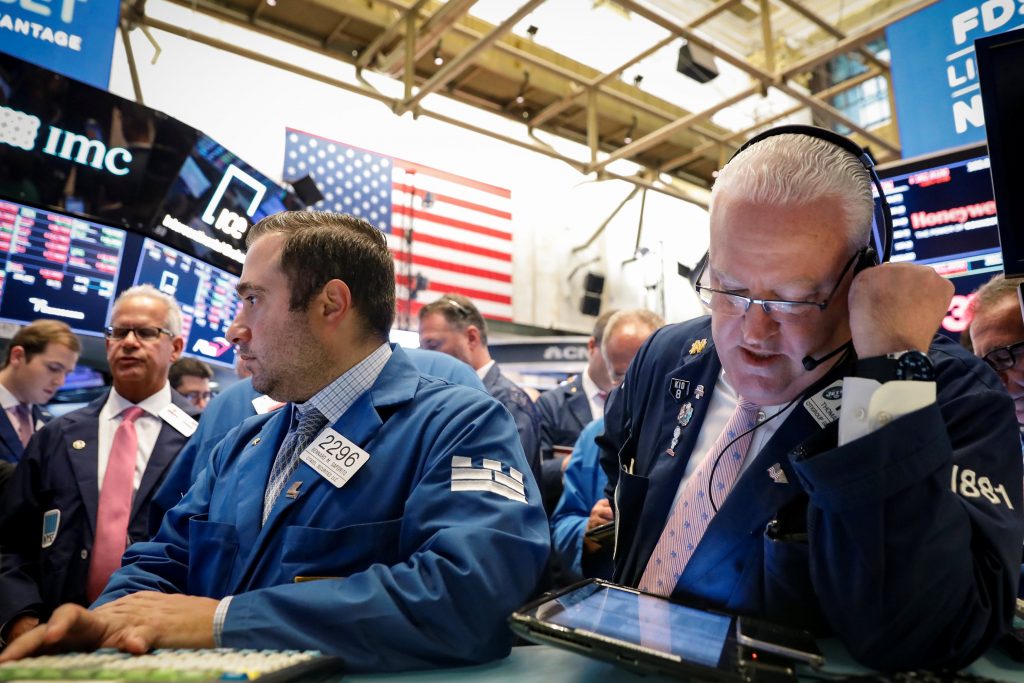 Not only was hiring better than expected last month, but so were workers’ wage gains. It’s the latest evidence that the U.S. economy continues to power ahead, and it clears the way for the Federal Reserve to raise short-term interest rates at its meeting later this month and beyond. Treasury yields jumped in response.

RATE WATCH: Employers hired more workers last month than economists had expected, and the unemployment rate remained near an 18-year low. That helped push up the average hourly wage by 2.9 percent from a year earlier, the fastest gain in eight years.

If wage growth keeps accelerating, it could push the Federal Reserve to get more aggressive about raising rates, something it has pledged to do slowly and steadily.

Higher interest rates can hurt stock prices because they make bonds look more attractive. The market went through a similar scenario in February, when that month’s jobs report showed a surprisingly large increase in wages. But investors have been preparing themselves for a total of four rate increases in 2018 following comments from the Fed.

“What everyone’s trying to figure out is at what point do you get the intersection of higher wages pushing into inflation and the Fed starting to get a little more aggressive,” said David Joy, chief market strategist at Ameriprise Financial.

“We’re not there yet, but this takes us one step closer to that, and historically, that’s what brings expansions and bull markets to an end.”

In the meantime, strong jobs data give further credence to the view that the United States remains a bright spot for the global economy, which helps corporate profits and stock prices, Joy said.

DIVIDENDS DULLED: When bonds are offering higher yields, it can pull buyers away from stocks that pay big dividends. Utility stocks and real-estate investment trusts, which are among the market’s highest dividend payers, had some of the day’s steepest losses.

TECH RECOVERY: Tech stocks have stumbled this week, a relatively rare occurrence for a group that has led the market for much of the last five years. But technology stocks were again the market’s leaders on Friday, and those in the S&P 500 rose 0.4 percent for one of the biggest gain among the 11 sectors that make up the index.

Broadcom was one of the strongest stocks in the index after reporting stronger-than-expected profit for the latest quarter. The chipmaker’s stock jumped 7.6 percent to $232.48.