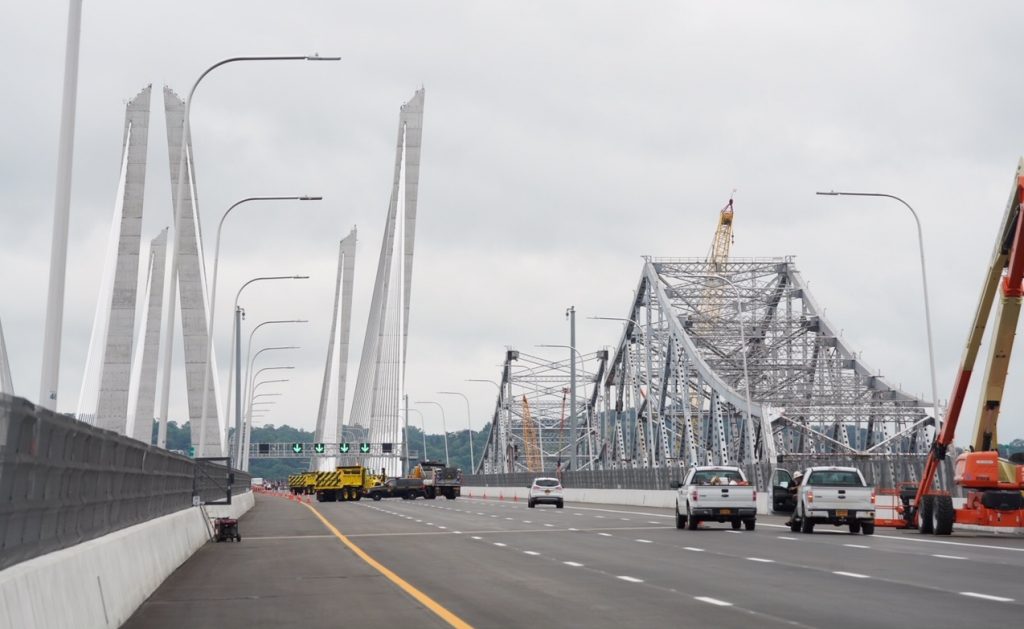 Hillary Clinton joined Gov. Andrew Cuomo at Friday’s event, which comes as crews wrap up work on the bridge’s second span. The span is scheduled to open to traffic on Saturday.

Gov. Cuomo drove his mother Matilda across the span in a 1932 Packard owned by Franklin D. Roosevelt when he was New York’s governor.

The bridge linking Westchester and Rockland counties over the Hudson River replaces the old Tappan Zee Bridge, most of which has been demolished.

The new bridge’s first span opened last year, when the structure was named to honor Mario Cuomo, governor from 1983 to 1994 and father of the state’s current chief executive. He died on Jan. 1, 2015.