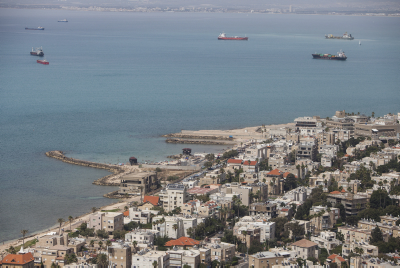 It’s part of the Haifa Municipality’s efforts to clean up the air in what has historically been Israel’s most polluted city. The municipality several years ago declared itself a “clean air zone,” joining a group of 200 cities in Europe that have banned private vehicles from their city centers and have instituted programs to require vehicles to burn cleaner fuel. Diesel-burning vehicles are soon to be banned from Haifa’s city center.

Haifa is the first city in Israel to convert its trash collection fleet to use natural gas. The city is building a fuel station to supply the trucks; until it is ready, the trucks will be refueled from a fuel truck. The project will cost the city NIS 22 million by the time it is completed.