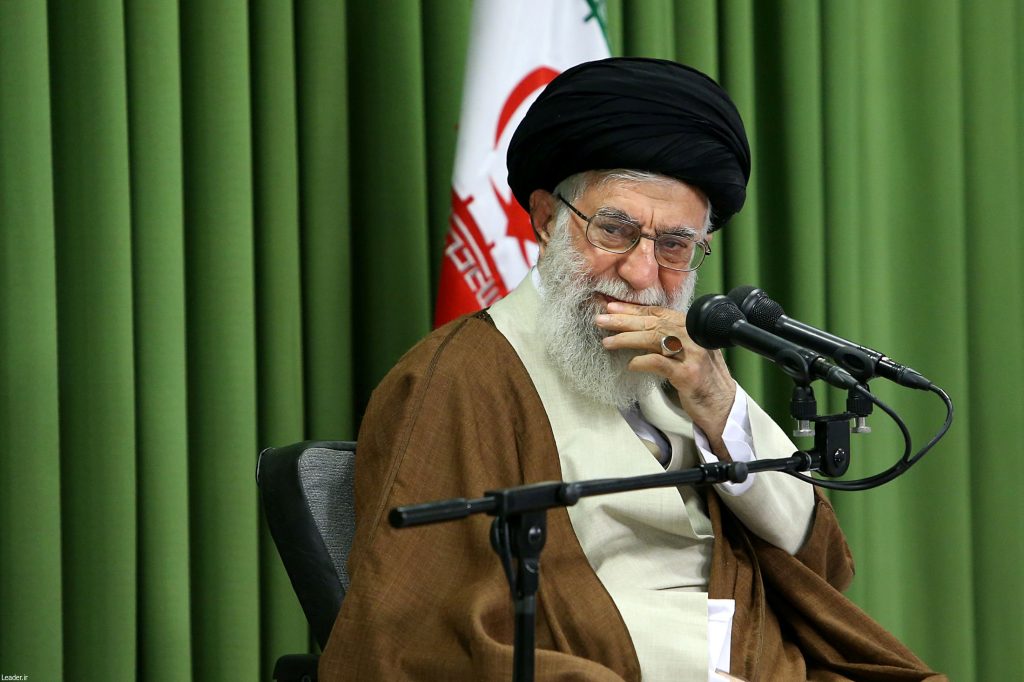 The rial currency has lost about two-thirds of its value this year under the threat of sanctions, reimposed by President Donald Trump after he withdrew Washington from a 2015 nuclear agreement between Tehran and world powers.

The cost of living has also soared, sparking sporadic demonstrations against profiteering and corruption, with many protesters chanting antigovernment slogans.

“Today, [Iran’s] Islamic system faces an all-out economic war that is carefully guided by a war room, but along with this war, there is a major media and propaganda warfare that is often neglected,” Khamenei told members of a senior clerical body.

Iranian officials have blamed popular messaging apps and social media campaigns, which they say are organized overseas for protests against the flagging economy that erupted in December, spreading to more than 80 cities and towns and resulting in 25 deaths.

“The goal of this media war is to create anxiety … and pessimism among people towards each other and the authorities, and to exaggerate economic problems in the minds of the public,” state media quoted Khamenei as saying.

“Based on our intelligence, the U.S. and Zionist [Israeli] spy agencies, financed by the super-rich of our region, have set up an organization for this media war and are seriously planning and trying to infect the advertising space and the minds in our community,” Khamenei said.

Trump said on Wednesday that he remained open to the possibility of talks between Washington and Tehran. However, he added: “Iran is in turmoil right now. They’re in total turmoil.

“Now they are just worrying about their own survival as a country,” he told reporters, without offering any evidence.