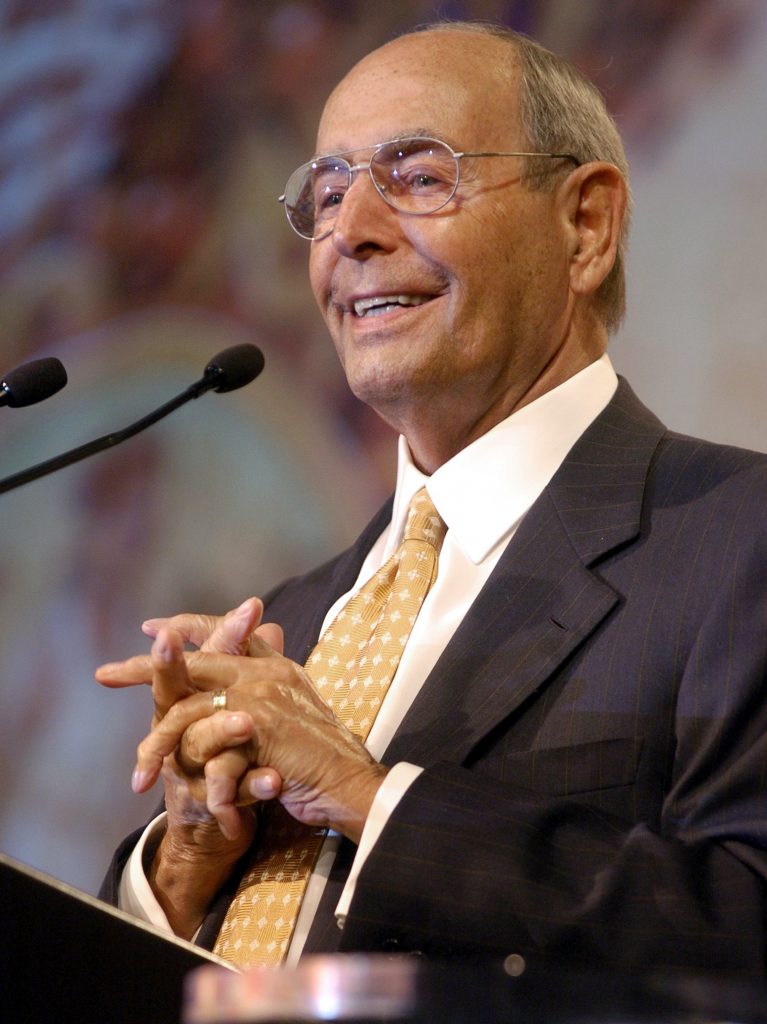 Family spokesman Nick Wasmiller says DeVos died at his western Michigan home due to complications from an infection.

DeVos was born in Grand Rapids, not far from Ada, the community about 140 miles (225 kilometers) west of Detroit where he later lived and died.

In 1949, he and friend Jay Van Andel took $49 and invested the modest amount into manufacturer and vitamin direct-seller Nutrilite. They became independent vitamin distributors and later used the company’s person-to-person selling approach when starting Amway in Ada with an all-purpose household cleaning product.

They coined the name Amway as an abbreviation of “American Way.” Over five decades, Amway became a multibillion-dollar international corporation. Van Andel died in 2004.

“Rich and my father built this company from the ground up, and in many ways Rich was the heart and soul of Amway,” said Steve Van Andel, Amway’s chair. “His vision and spirit inspired our employees and independent business owners for more than 50 years.”

“The positive impact Rich had on our state is truly immeasurable,” Rick Snyder said Thursday. “Through successful business ventures and charitable endeavors, he created endless opportunities for residents of many different ages and backgrounds. Rich’s giving spirit is how we will always remember him, and his legacy is certain to live on forever.”

Amway was not without controversy. The Federal Trade Commission charged in 1969 that the company was an illegal pyramid scheme, but ruled after a six-year investigation that it wasn’t.

Amway also has been controversial because of its almost evangelical zeal in promoting free enterprise, and gained attention with DeVos’ and Jay Van Andel’s high-profile participation in Republican politics. DeVos was a major supporter of the Republican Party and was appointed by President Ronald Reagan to a Presidential Commission in 1987.

DeVos also supported Grand Valley State University in Allendale. In the 1970s, he served on its governing board. He later became president of the university’s foundation board.

“Rich gave so much of himself to Grand Valley. His enthusiasm and vision were contagious, and drew the entire community together to help provide a world-class education to West Michigan citizens,” Grand Valley State President Thomas J. Haas said in a written statement.

DeVos and Van Andel also helped revitalize downtown Grand Rapids, and many buildings and institutions in the city bear the names of the men or their company.

His son, Dick, is married to Betsy DeVos, who was appointed Education Secretary by President Donald Trump. He is also survived by three other children, two sisters and a number of grandchildren.

Services have not been finalized.