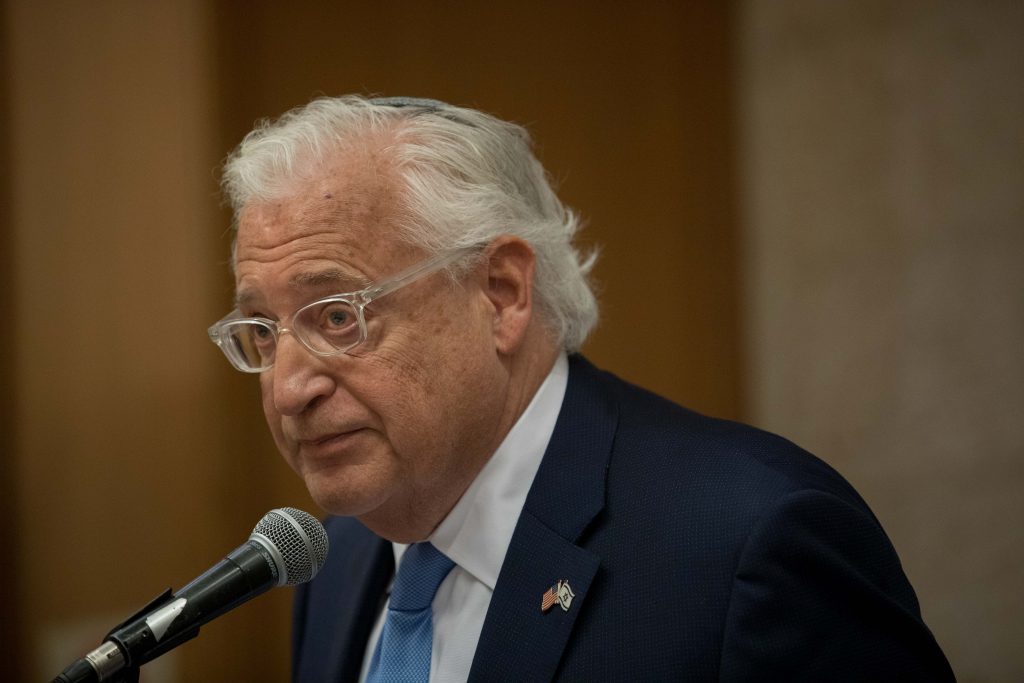 The U.S. ambassador to Israel said in remarks published on Thursday that he expected Israel to keep the Golan Heights in perpetuity, in an apparent nod towards its claim of sovereignty over the strategic plateau liberated from Syria in a 1967 war.

However, U.S. ambassador David Friedman suggested that Israel was there to stay and said it was possible the United States would consider recognizing Israeli sovereignty over the Golan Heights in the future.

Friedman said there was “no one more undeserving of this prize” – control of the Golan Heights – than Syrian President Bashar al-Assad.

Since early in Trump’s term, Israel has lobbied for formal U.S. endorsement of its control of the Golan. Trump has recognized Yerushalayim as Israel’s capital, breaking with other world powers, but National Security Adviser John Bolton said last month a similar Golan move was not under discussion.

In the past year and a half, Trump has twice ordered U.S.-led air strikes against targets in Syria in response to what Washington called the Assad government’s use of chemical weapons against civilians.

“Relinquishing the high ground of the Golan Heights could put Israel at a great security disadvantage,” Friedman said.

Interviewed by Reuters last month, Bolton said: “Obviously we understand the Israeli claim that it has annexed the Golan Heights – we understand their position – but there’s no change in the U.S. position for now.”

Responding to those remarks, Prime Minister Binyamin Netanyahu said there “no way” he would give up to trying to win U.S. recognition.

Asked, in light of Bolton’s comments, whether it was possible the Trump administration would consider at a future date recognizing Israeli sovereignty, Friedman said: “Yes, that’s definitely possible. It definitely could happen.”