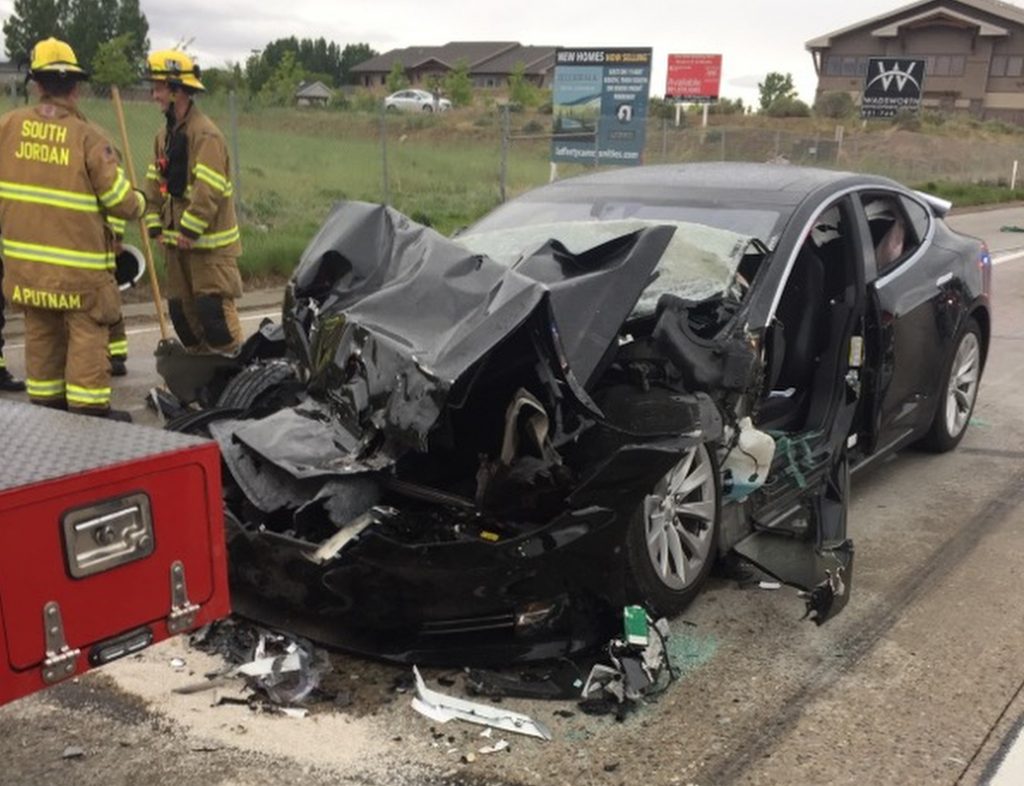 A Utah driver who slammed her Tesla into a stopped firetruck at a red light while using the vehicle’s semi-autonomous function is suing the company.

Heather Lommatzsch alleges in a lawsuit filed Tuesday that Tesla salespeople told her the Model S’s Autopilot mode would ensure the car stopped on its own if something was in its path. She says she tried to hit the brakes but they didn’t work.

The incident occurred on May 11 in South Jordan, a suburb of Salt Lake City. The 29-year-old Lommatzsch broke her foot in the crash and was charged with a misdemeanor traffic citation.

Tesla’s Autopilot has been the subject of previous scrutiny following other crashes.