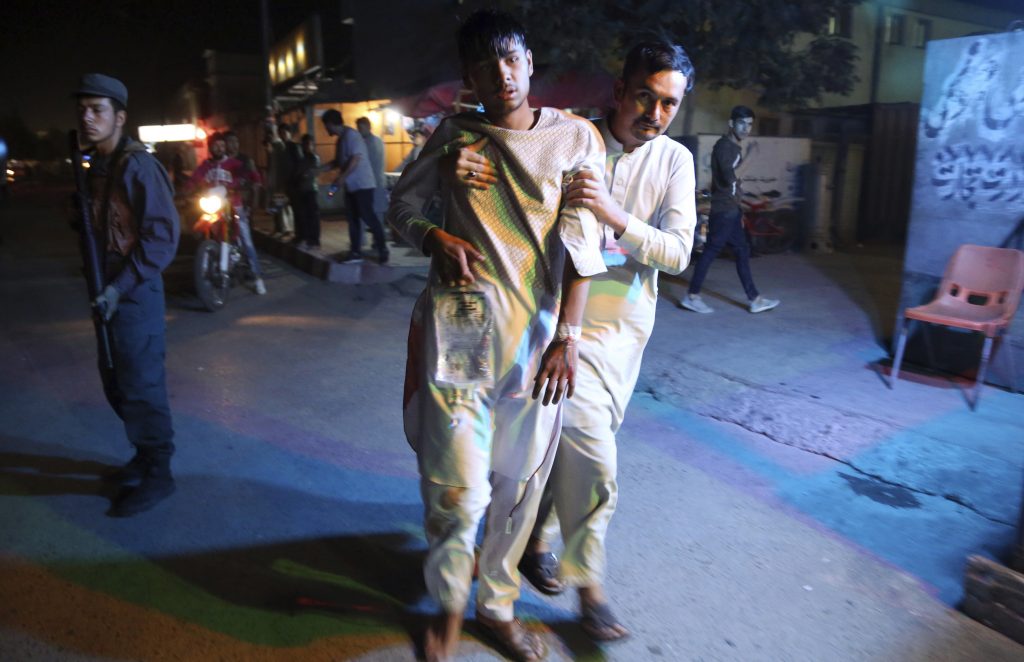 Twin bombings at a wrestling training center in a Shiite neighborhood of Afghanistan’s capital on Wednesday killed at least 20 people and wounded 70, Afghan officials said.

Interior Ministry spokesman Najib Danish said a suicide bomber struck at the center and then a car bomb went off nearby. He said two Afghan reporters were among those wounded.

No one immediately claimed responsibility for the attacks, but they bore the hallmarks of the country’s Islamic State affiliate, which has carried out a wave of deadly bombings against minority Shiites. The Sunni extremists of IS view Shiites as apostates deserving of death.

Gen. Daud Amin, the Kabul police chief, said at least seven police officers were among those wounded in the car bomb explosion.

Elsewhere in Afghanistan, a roadside bomb killed a district police chief and another policeman in the northern Badghis province, according to Jamshid Shahabi, spokesman for the provincial governor.

No one claimed responsibility for the attack, but Shahabi said it was likely carried out by the Taliban, who are active in the province and frequently target security forces and government officials.

Afghan forces have struggled to combat both the Taliban and IS since the U.S. and NATO formally ended their combat mission in 2014.