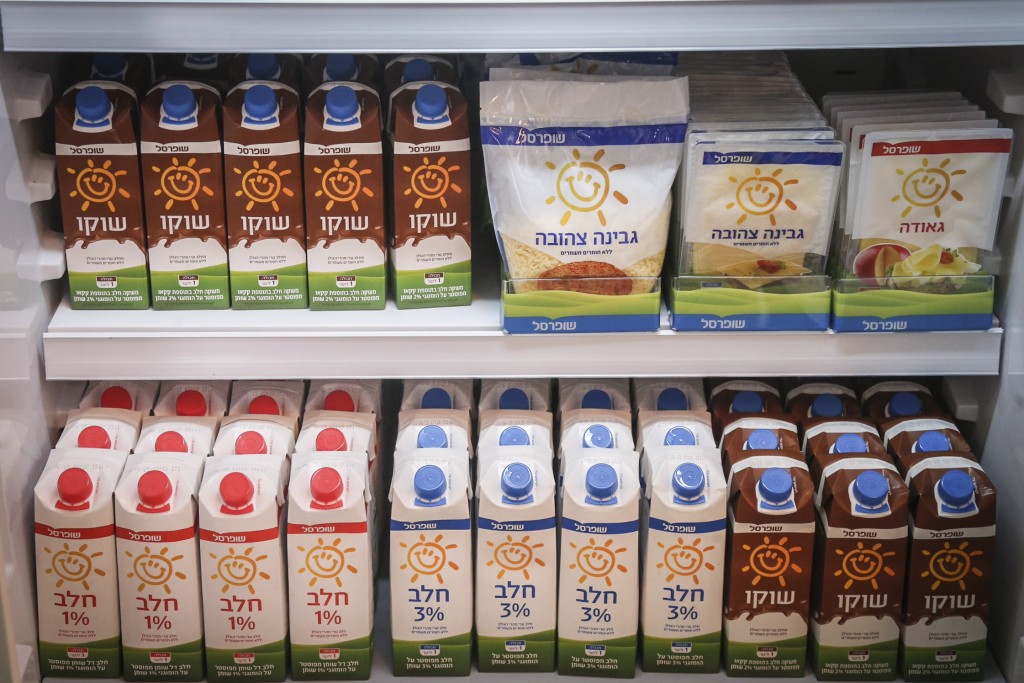 If any evidence was needed to prove that dairy product prices in Israel are too high, a report by a group of dairy producers is the “smoking gun.” Based on publicly available information, the report shows that some 90% of post-production revenues – basically the markup on dairy products after they hit the shelves – goes into the pockets of the large commercial dairies and the large supermarkets that have deals with them.

The markup goes for both products under government price control – where the price differential between production costs and the amount a product was sold for – was “only” 317%, while the differential for products that are not under controls was a whopping 1052%. For products under price controls, milk – which constitutes over 90% of the ingredients in most dairy products – accounts for no more than a third of the price of the product. For non-controlled products, the amount that actual milk contributes to the price is far lower.

The report is the result of a recent campaign by dairy farmers to increase the maximum price which they can charge for raw milk – also controlled by the government. The farmers were granted a 4% increase in the “target price” for raw milk, but the increase was followed by a campaign by the commercial dairies and the supermarkets that they were now going to suffer losses, as the profit margin on price-controlled dairy products was very small. As a result – and after a lawsuit in the High Court – the producers and supermarkets were granted a 3.4% increase on the price-controlled products.

The report says that the complaints by the producers and supermarkets was nothing more than a “spin” – an opportunity for them to stuff even more money into their pockets. The 4% increase in the cost of raw milk should have raised prices for all products by no more than six agurot, and for the large majority, far less.

By way of example, the report singled out Milky, the Strauss-produced chocolate and cream snack. According to the report, 86% of the cost of a single Milky – the price of which in 2011 was the genesis of months of protests by Israelis against high prices – went to the coffers of Tnuva and the big supermarket chains. Only 14% of the cost of the product (about three and a half shekels) was due to the milk in it. Following that formula, the increase of 4% in the cost of raw milk should have raised the cost of a Milky by one agora. Instead, Tnuva raised the price by about 3%.

“The lies in which the producers and supermarkets try to blame the family farmers on the high cost of products and the erosion of their profits has been exposed,” said Oded Shoham, one of the farmers behind the report. “It should be clear to everyone now that the 3.4% increase in the cost of supervised dairy products just gives the producers and supermarkets bigger profits. This comes at the expense of all Israelis, as they moan and cry over their ‘losses.’”