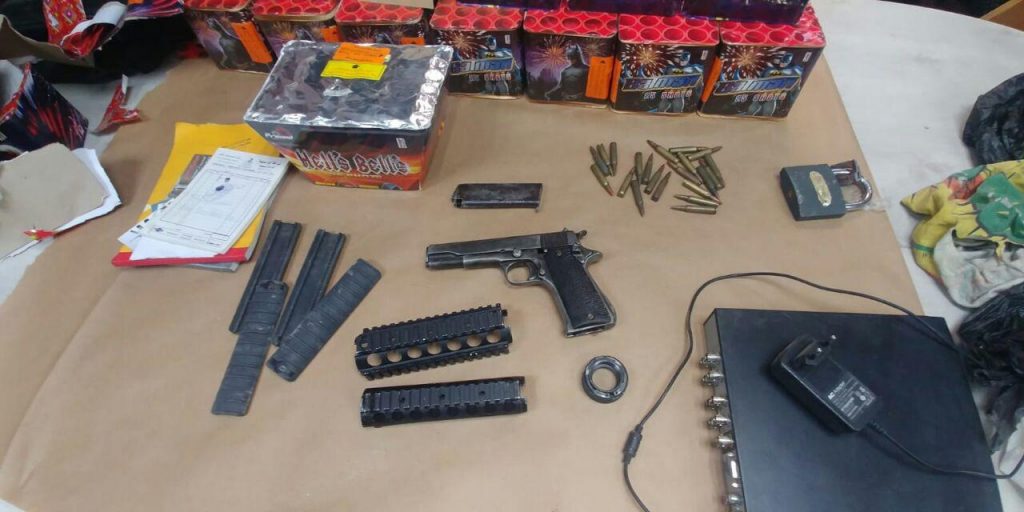 Police early Wednesday faced off against Arab rioters in the Shuafat neighborhood of Yerushalayim. The Arabs were rioting over changes in the security fence in the area, and threw rocks and concrete blocks at police. One officer was reported injured. He was treated on site and taken to a hospital for further treatment. Police used anti-riot methods to break up the crowd.

DF soldiers overnight Tuesday seized weapons that were to be used in terror attacks. Soldiers, working with police, discovered a cache of weapons in Chevron and in villages in the area. In a statement, the army said that such weapons were used in terror attacks as well as for criminal activity, and that security forces were determined to seize all weapons that were being held illegally by all people, in order to better protect all Israelis and residents of Palestinian Authority-controlled areas, who are also under threat by terrorists and criminals.