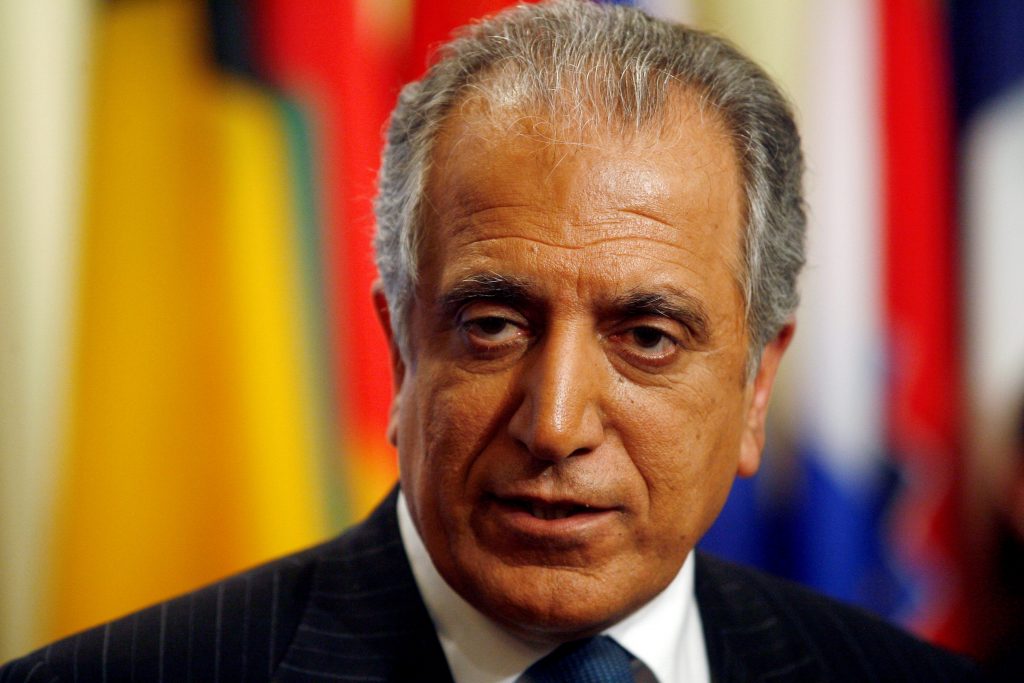 The choice of Zalmay Khalilzad as a U.S. special envoy to Afghanistan has raised some hackles in the region, with many saying the veteran diplomat’s tough stance on Pakistan could hinder his mission to convince a resurgent Taliban to engage in peace talks.

In the past, Khalilzad has called on the U.S. to declare Pakistan a terrorist state, saying it harbors insurgents. The Trump administration has embraced a similar position, recently suspending $300 million in aid to Pakistan, saying it isn’t doing enough to eliminate Taliban safe havens on its territory.

But even critics of Pakistan — which denies the allegations — acknowledge it is a pivotal actor in any peace process because of its close ties to the insurgent group.

U.S. Secretary of State Mike Pompeo announced Khalilzad’s appointment as special adviser on reconciliation ahead of a brief visit to Pakistan on Wednesday, where he held talks for just four hours before flying onward to India.

Despite the frosty relationship, Pompeo acknowledged that the U.S. needs Pakistan’s help in ending America’s longest war, which began when the U.S. invaded Afghanistan to topple the Taliban after the Sept. 11, 2001, attacks.

“We need Pakistan to seriously engage to help us get to the reconciliation we need in Afghanistan,” he told reporters aboard his plane. “They have important interests, security interests, in Afghanistan to make sure they get the issues at their border right, and we need their help.”

But the chairman of Pakistan’s Senate Foreign Relations Committee, Mushahid Hussain, said the choice of Khalilzad was unwelcome news and did not bode well for U.S. attempts to end the Afghan conflict.

“Zalmay Khalilzad’s appointment is a bad choice and sends a negative message to Islamabad, when Washington badly needs Pakistan’s cooperation for peace and stability in Afghanistan,” he said. “He is known as a Pakistan-hater, who has been unable to rise beyond his prejudices against Pakistan.”

Khalilzad was born in Afghanistan, raised in the northern city of Mazar-e-Sharif and came to America as a teenage exchange student, where he discovered the merits of a very different way of life, according to his 2016 memoir. He studied at the University of Chicago.

He was appointed Washington’s special envoy after the fall of the Taliban in 2001 and later as the U.S. ambassador to Afghanistan. While there, Khalilzad was often seen as a kingmaker and de-facto ruler. Many Afghans blame him for cobbling together a government dominated by warlords and plagued with corruption and infighting, saying it has contributed to the Taliban’s resurgence.

“The Americans are quite keen on some dialogue with the Taliban and for that they know they need Pakistan’s help, but appointing Zalmay Khalilzad will not help move things forward,” said Zahid Hussain, a defense analyst and the author of two books on militancy in the region.

“His biases against Pakistan are well known,” he added.

For a U.S. administration that prizes loyalty, analysts said Khalilzad is a predictable choice, having ingratiated himself with Donald Trump during the 2016 presidential campaign.

“One thing that makes him attractive to the Trump administration is that he paid his dues during the campaign, not least by overlooking the anti-Muslim rhetoric and hosting Trump at the National Interest for a foreign policy speech,” said Daniel Markey, senior research professor at Johns Hopkins University’s School of Advanced International Studies. National Interest is a U.S.-based magazine that promotes American interests abroad.

Khalilzad was also said to have been considered for U.S. secretary of state following Trump’s presidential win.

In Afghanistan, some members of smaller ethnic groups say Khalilzad favored his fellow Pashtuns when he previously served in the country. Pashtuns are the largest ethnic group in Afghanistan.

A leading rights activist for Afghanistan’s minority Hazara community, Dawood Naji, said he was so worried about Khalilzad’s return to Afghanistan that he launched on online petition to stop the appointment. But after a week he was barely halfway to his goal of 5,000 signatures.

“We had a bad experience when Zalmay Khalilzad was last special envoy and U.S. ambassador,” said Naji. He said Khalilzad “slowly whittled away the authority of non-Pashtuns.”

President Ashraf Ghani is a Pashtun, as is former president Hamid Karzai and most Taliban insurgents.

Ghani was also sent to the United States in his youth, on a student exchange program, and he and Khalilzad later studied together at the American University of Beirut. Afghanistan’s opposition accused Khalilzad of working to help Ghani win the presidential election in 2014.

Pakistan’s new Prime Minister Imran Khan, also an ethnic Pashtun, has said he is ready to partner with the U.S. in peace, but not in war. Khan has consistently advocated peace talks and is opposed to the longtime U.S. strategy of using military assaults to try and force the Taliban to the table.

Khalilzad’s ethnic background could give him credibility with the Taliban, who have long demanded direct talks with the United States and dismiss the Afghan government as an American puppet. The Taliban declined a request from The Associated Press for comment on the Khalilzad’s appointment.

“His insider perspective — including knowing most of the players — puts him in rare company,” said Markey. “As the [U.S.] administration is itching to find a way to get talks off the ground, this skill set is in higher demand.”

But Michael Kugelman, deputy director of the Asia Program at the U.S.-based Wilson Center, said that given its close ties to the Taliban, Pakistan remains an important player in any reconciliation process.

“While we may be closer than ever before to launching a peace process, we’ve never been further from successfully concluding one,” he said.