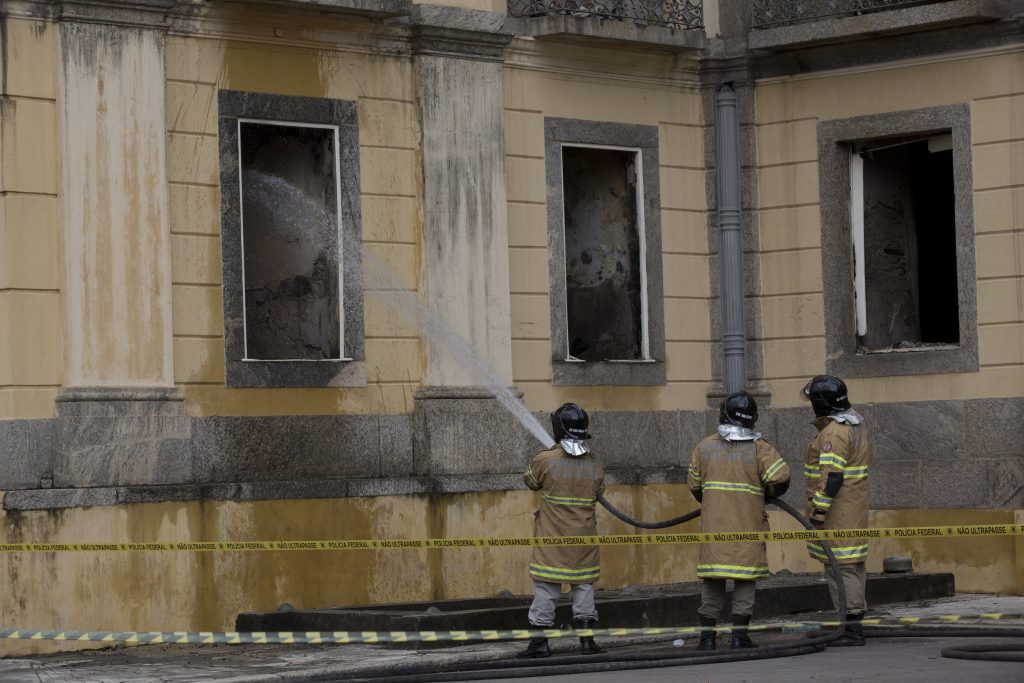 Brazil’s National Museum said Wednesday that centuries-old Torah scrolls, had been moved before a massive fire ravaged the place and gutted much of the largest collections of national history artifacts in Latin America.

Questions about the fate of the scrolls had swirled since Sunday night’s blaze at the museum, which used to be the home of Brazil’s royal family. Amid an ongoing investigation and unable to access much of the now destroyed museum, officials have been reluctant to give any account of how specific artifacts fared in the fire or disclose information on other material that may have been in other locations.

“The Torah is being kept in a safe place,” according to a museum statement sent to The Associated Press on Wednesday, adding it had been removed nearly two years ago. The statement did not say where it had been transferred.

A spokesman at the Israeli Embassy in the capital Brasilia said it didn’t have more information on the Torah.

Brazilian scholars have said the scrolls originated in Yemen and possibly date back to the 13th century.

The museum’s website says the nine scrolls, written in Hebrew, were acquired in the early 19th century by the country’s last monarch, Dom Pedro II. The website, which had apparently not been updated, also said the scrolls were not part of an exhibit, but rather kept in a safe in the director’s office.

Avraham Beuthner, from the Jewish organization Beit Lubavitch in Rio de Janeiro, told the AP that university officials told him the Torah was being housed at a university library near the museum. The museum is part of the Federal University of Rio de Janeiro.

Beuthner said he had been fielding calls from Jews in Israel and several Latin American countries since the fire inquiring about the scrolls.

“Thank G-d it’s safe,” he said, adding that university officials had promised to soon allow Jewish community leaders to see where the Torah is being held.

The good news came as museum officials said they feared as much as 90 percent of Latin America’s largest collection of treasures might have been lost in the fire. Aerial photos of the main building showed only heaps of rubble and ashes in the parts of the building where the roof collapsed.

On Wednesday, state firefighting officials said in a statement the museum didn’t have certification that it was up to code — another indication of negligence.

“It’s the responsibility of building administrators to comply with the laws,” the statement read.

A UNESCO group of specialists in recovery and reconstruction are expected to arrive in Brazil next week, according Maria Edileuza Fontele Reis, the organization’s ambassador in Brazil.

The group “has experience working with pieces of national heritage in areas of war, such as in Iraq, and areas impacted by fire,” Fontele Reis told the AP in a phone interview.