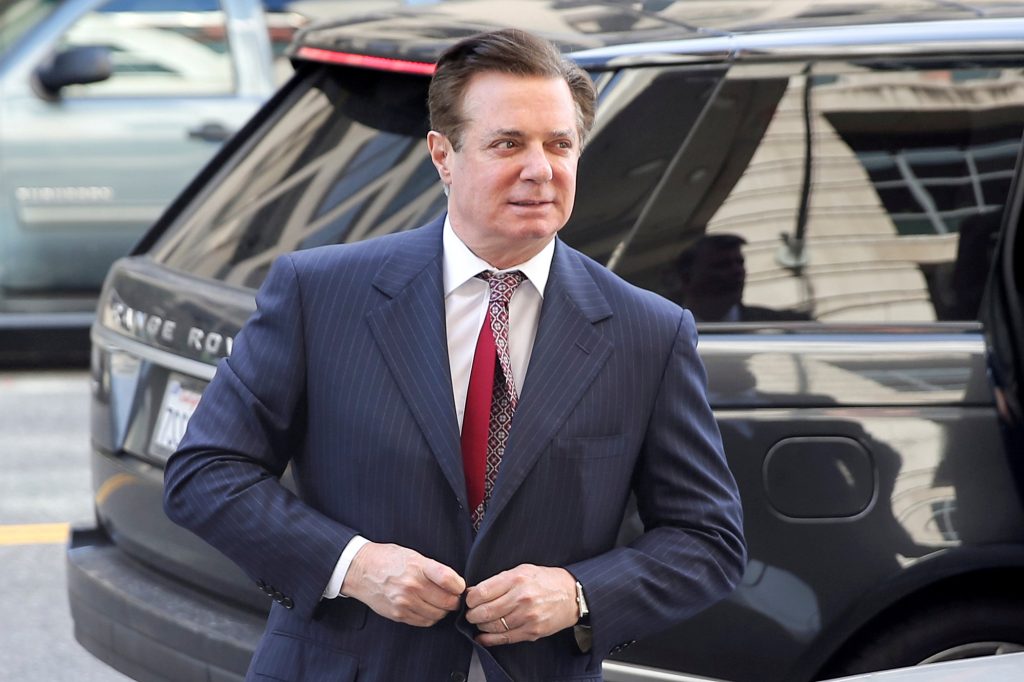 The federal judge overseeing the second trial of Paul Manafort, President Donald Trump’s one-time campaign chairman, ruled on Wednesday that a federal investigation of possible collusion between the campaign and Russia cannot be discussed during the trial.

The collusion investigation being led by Special Counsel Robert Mueller is “wholly irrelevant to the charges in this case,” Judge Amy Berman Jackson said during a pre-trial hearing in the U.S. District Court for the District of Columbia.

Manafort was convicted last month in Virginia of charges including bank and tax fraud in what was the first trial arising from Mueller’s investigation of Russia’s role in the 2016 U.S. election. Jackson said on Wednesday that while prosecutors may present evidence used in that trial, the jury will not be allowed to hear about Manafort’s conviction.

She also said she plans to deny a request by Manafort’s defense attorneys to move the trial to a different court, saying that a concern about the political affiliations of the jury pool in Washington, D.C., is “not a lawful basis” for a venue transfer.

During the trial, which begins with jury selection on Sept. 17 and opening arguments Sept. 24, Manafort will face seven counts, including conspiracy to launder money, conspiracy to defraud the United States, failing to register as a foreign agent for the pro-Russia Ukrainian government, making false statements and witness tampering.

Manafort, a long-time Washington lobbyist who was with Trump’s campaign from March through August in 2016, was convicted on Aug. 21 on eight counts in a federal court in Alexandria, Virginia, related to bank fraud, tax fraud and failing to disclose foreign bank accounts.

The jury deadlocked on 10 other charges and prosecutors have not yet announced if they will seek to retry him.

The decision by Jackson to exclude testimony about the Russia collusion investigation is not a surprise. None of the charges are related to alleged collusion and Judge T.S. Ellis made a similar ruling ahead of the Virginia trial as part of an effort to keep politics out of it.

Discussion of Manafort’s role in the Trump campaign will come up only in connection with alleged false statements he made about his foreign lobbying activities after critical media reports surfaced during the end of his stint as campaign chairman, prosecutors said Wednesday.

Prosecutors also indicated they do not yet know whether they plan to call as a witness Manafort’s former business partner Rick Gates, who has pleaded guilty in the Mueller probe.

In the first trial, Gates testified he helped Manafort doctor financial statements, hide foreign income and cheat on his taxes. The jury decided to disregard his testimony and focus on the documentary evidence, a juror said.

Manafort’s lawyers revealed they are working to retain an expert witness who may testify at trial. They did not call witnesses in his first trial.