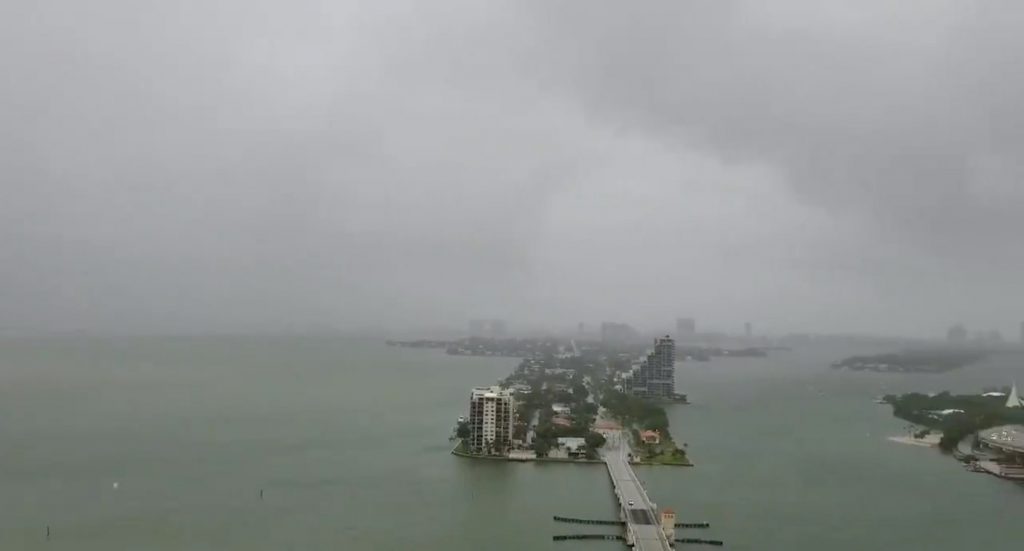 Tropical Storm Gordon barreled on Tuesday toward the Gulf Coast, where it was expected to become a hurricane and shake parts of the south with high winds and heavy rain, the National Hurricane Center said.

The storm was due to come ashore late on Tuesday near the border between Louisiana and Mississippi, and drop as much as eight inches of rain in areas still recovering from last year’s hurricanes.

Louisiana Governor John Bel Edwards declared a state of emergency and said 200 Louisiana National Guardsmen were being deployed, along with 63 high-water trucks, 39 boats, and four helicopters.

The Mississippi Emergency Management Agency warned of storm surges of between 3 and 5 feet and told South Mississippi residents to be prepared to evacuate.

Gordon was generating winds of 65 miles per hour (nearly 105 kph) on Tuesday as it headed west northwest, the National Hurricane Center said.

As of Tuesday morning, it was located about 230 miles east southeast of the mouth of the Mississippi River, the Miami-based weather forecaster said.

U.S. oil producer Anadarko Petroleum Corp evacuated workers and shut production at two offshore oil platforms on Monday, and other companies with production and refining operations along the Gulf Coast said they were securing facilities.

The U.S. Coast Guard also said the ports of New Orleans as well as Gulfport and Pascagoula, Mississippi, may have to close within 48 hours.

The storm passed over Florida’s southern tip on Monday afternoon. There were no reports of any injuries or deaths or any damage to buildings, said Alberto Moscoso, a spokesman for the Florida Division of Emergency Management.