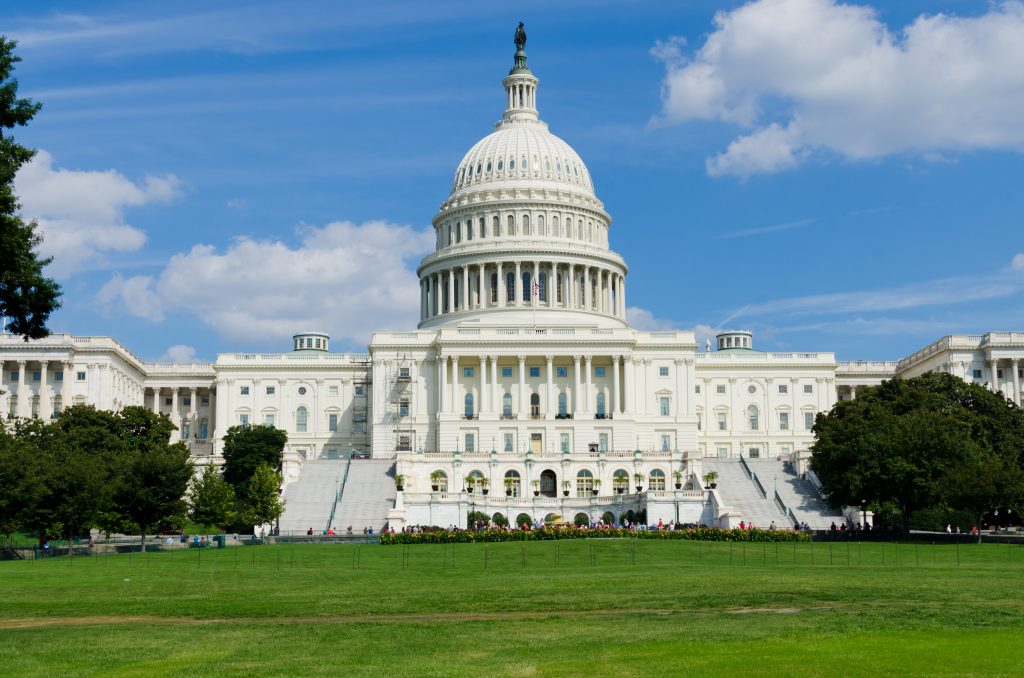 The multi-day media circus surrounding the confirmation hearings of Supreme Court nominee Brett Kavanaugh notwithstanding, Congress is facing a Sept. 30 deadline to fund the government, with appropriators struggling to work out their differences on as many as nine fiscal 2019 spending bills totaling more than $1 trillion.

There are only 11 legislative days this month when the House and Senate are both scheduled to be in session. That means there isn’t much floor time in either chamber to vote on what could be as many as three conference reports with spending totaling more than $1 trillion, even if the legislation is privileged in the Senate and the House limits debate.

That could result in more weekend work and late nights as senators try to convince their House colleagues to drop policy language objectionable to Democrats. House Republicans, meanwhile, will need to keep the spending bills conservative enough to appeal to their members.

Even with the Senate’s bipartisan streak and leadership focused on the process, key appropriators aren’t sure how many of the 12 bills can become law before the fiscal year ends and midterm elections fever takes over Washington.

“I really don’t know,” said Vermont Sen. Patrick J. Leahy, the top Democrat on the Senate Appropriations Committee. “I know we can do it here and we’ve demonstrated it here. The House, I can’t figure out.”

One of Leahy’s concerns is the House Republican Conference’s unofficial “Hastert rule.” The phrase refers to the former Republican speaker, J. Dennis Hastert, who did not want to bring a bill up for a floor vote unless a majority of the conference supported it. Conservative Republicans in that chamber are unhappy with the $18 billion increase in nondefense discretionary spending for fiscal 2019 included in the two-year budget law enacted in February.

GOP lawmakers have mostly supported the five nondefense spending bills brought to the House floor, in part because House appropriators added conservative policy language to the legislation. But those provisions will likely be stripped out during conference negotiations to ensure the bills can pass the Senate, where Democrats are required to advance legislation.

“If the House works with us as expeditiously as we were working, or close to it, we will fund most of the government. If they don’t, then we’ll reach an impasse,” he said.

Leahy said the fact that he is a “liberal Democrat” and Shelby is a “conservative Republican” may help get their colleagues on board with the final spending bills.

But, several hurdles remain — even for the less controversial bills.

To start, appropriators must shuffle money between the 12 bills to account for differences between the House and Senate versions without exceeding the $1.244 trillion discretionary spending cap set in the budget law. House leadership must decide how it wants to handle the Agriculture, Labor-HHS-Education and Transportation-HUD spending bills, which have passed the Senate and are being pre-conferenced, despite not having come to the House floor.

And last, but certainly not least, President Donald Trump must sign the bills into law — or risk a Republican Congress overriding his veto to stave off a partial government shutdown just weeks before the midterm elections.

First out of the gate in September will likely be the three-bill spending package that includes the Energy-Water, Legislative Branch and Military Construction-VA bills. That conference report could be approved by appropriators as early as this week.

Two more conference reports are likely to follow, according to Senate Majority Leader Mitch McConnell. But the final bills will have to compete with other priorities for floor time.

“It won’t surprise you to know that I’m concerned about September,” McConnell, R-Ky., said last week. “We have, I hope, three conference reports on minibuses. I hope, a conference report on the farm bill. I hope, an up or down vote on a bipartisan opioid agreement. And the confirmation of Justice-to-be Kavanaugh. So, we have a full plate for September.”

The scarcity of floor time means that any spending bills conferees do approve could be attached to an expected continuing resolution that will likely advance the last week of September.

The would likely help the vote situation in the House — where a vote against such a large package would mean a vote against keeping the government open.

Having the Defense spending bill on that package would help add votes, but negotiations have only begun on that measure and the Labor-HHS-Education bill.

For now, both bills have momentum.

“I think there’s going to be a strong desire by the administration to try and get Defense done without a CR and that will lend at least a sense of urgency to getting Labor-H done as well, because you’re not going to just get Defense on its own,” House Labor-HHS-Education Appropriations Chairman Tom Cole said, adding that the Defense spending bill is “a heck of a locomotive to be attached to.”

Cole, R-Okla., said he doesn’t expect the House will bring his subcommittee’s bill to the floor, but he believes a final version could be sent to the White House before the end of the month.

“I just don’t think there’s the time,” Cole said. “I would love to do it, but the objective here is to get this thing done by Sept. 30.”

Appropriators are also focused on getting the Defense spending bill enacted before the new fiscal year begins. But neither Shelby, who also chairs the Defense subcommittee, nor Defense Appropriations ranking member Richard J. Durbin, D-Ill., can say if negotiations will finish in time.

“I’m praying that that is the answer,” Durbin said.

Senate Financial Services Appropriations Chairman James Lankford, R-Okla., is more confident negotiations on his portion of the Agriculture, Financial Services, Interior-Environment and Transportation — HUD spending package (HR 6147) will wrap up before the end of September.

Lankford spoke before President Trump announced on Aug. 30 that he would cancel raises and locality pay boosts for federal civilian workers that were to take effect on Jan. 1, which could complicate the outlook for the Financial Services bill. The Senate included a 1.9 percent raise in its bill, while the House was silent in its version.