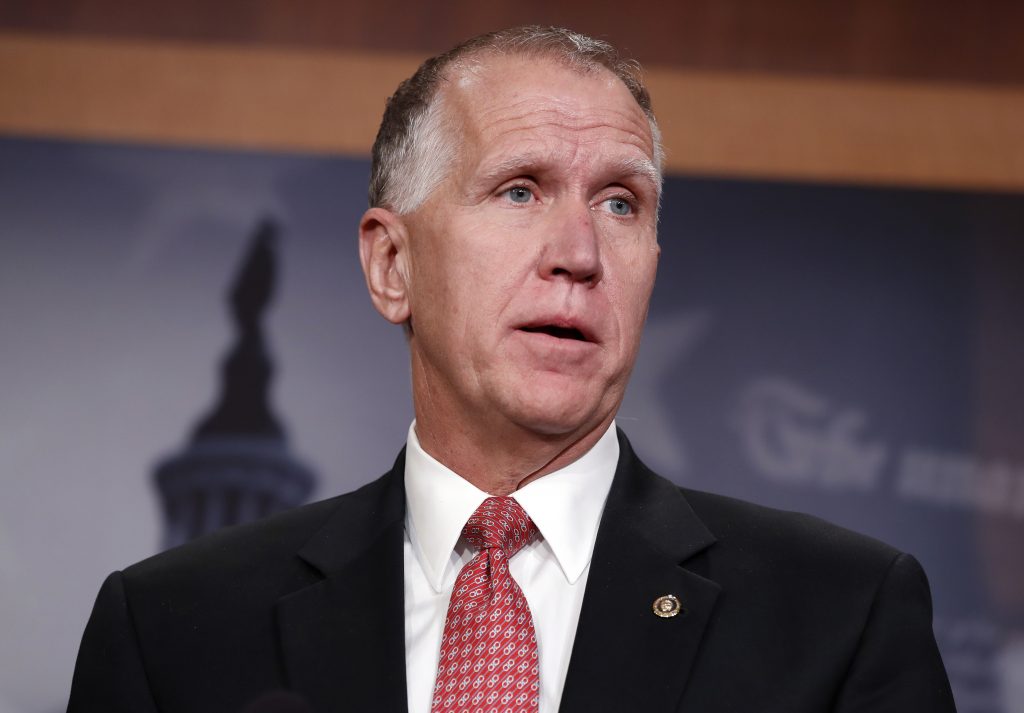 The long national legal war over the Affordable Care Act will resume in a Texas courtroom Wednesday as a federal judge hears arguments in a new lawsuit seeking to wipe out the 2010 law, often called Obamacare.

The suit is being brought by 20 Republican governors and state attorneys general.

At the same time, the case is emerging as a major flashpoint ahead of the fall midterm elections as Democrats highlight Republican efforts to roll back the law and its protections for people with pre-existing medical conditions.

The Trump administration has inserted itself in the fight, backing part of the Republican suit and arguing that provisions in the health care law that prohibit insurers from turning away sick customers or charging them more for coverage should be scrapped.

“This case is going to help renew the focus on health care in the midterm elections,” said Celinda Lake, a longtime Democratic pollster, who noted that the issue had been flagging slightly as President Donald Trump and other Republicans have talked less about rolling back the health care law since they failed to repeal it in Congress last year.

The foundation of the lawsuit is a provision in last year’s mammoth tax bill that eliminated the tax penalty on Americans who don’t have health insurance, but still preserved the technical requirement that people have coverage.

The requirement and the penalty were once considered integral parts of the health care law. Insurers, state regulators and other experts believed that unless there was a penalty for going uninsured, younger and healthier people would not buy health plans until they got sick, leading insurance markets to collapse.

The penalty was also critical to the health care law’s survival when it first came before the Supreme Court in 2012 in a lawsuit that alleged the law’s insurance requirement was unconstitutional.

Chief Justice John G. Roberts Jr. joined the court’s four liberal justices to uphold the law, but only after concluding that the requirement could stand because it was enforced with a tax penalty.

Now in the Texas case, the 20 governors and attorneys general argue the requirement is no longer constitutional because the tax penalty has been eliminated.

And, they continue, because the requirement is so central to health care law, the whole law cannot survive without it.

“Absent the individual mandate, the ACA is an irrational regulatory regime,” the plaintiffs argue in court papers.

That would mean the end of popular insurance protections, including bans on insurance companies turning away sick customers or charging them higher premiums, practices that were commonplace before the health care law was enacted.

These protections are among the most popular parts of the health care law. Two-thirds of voters in one recent nationwide poll said that a political candidate’s support for maintaining these protections would be very important or the single most important factor in evaluating the candidate ahead of the election this fall.

The Texas suit would also eliminate hundreds of billions of dollars in federal assistance that has made it possible to extend coverage to some 20 million previously uninsured Americans through expansions to state Medicaid programs and through subsidies available to low- and middle-income Americans who buy coverage on insurance marketplaces around the country.

Scores of patient advocates, physicians and hospital groups and other health care experts have warned that such a retrenchment would be catastrophic.

The Trump administration nevertheless decided in June not to defend the health care law in court, an unusual departure from the Justice Department’s traditional responsibility to safeguard federal law.

Across the country this summer, Democratic congressional candidates have made preserving the health care law’s protections a cornerstone of their campaigns.

Sensitive to the escalating criticism, a group of Republican senators led by North Carolina Sen. Thom Tillis introduced a bill recently that they claimed would protect Americans’ insurance coverage, even if the federal court in Texas backs the challenge.

“This legislation is a common-sense solution that guarantees Americans with preexisting conditions will have health care coverage,” Tillis said.

But the bill would not bar insurers from denying coverage for individual medical conditions, meaning a cancer patient might be able to buy a health plan, but not one that covered treatment for cancer.

Acknowledging the hole in the proposal, Tillis spokesman Dan Keylin said the bill has only limited aims. “This is not intended to be a comprehensive replacement for Obamacare,” he said.

Many legal experts have said the Texas case appears to be a long shot.

But the federal courts in Texas are considered among the most conservative in the country, and Judge Reed O’Connor, who is hearing the case, was appointed to the bench by Republican President George W. Bush.

Writing off this case would be a mistake, warned Josh Blackman, a professor at South Texas College of Law and frequent commentator on the health care law, who wrote a book on the 2012 challenge to the law.

“If the history of the Affordable Care Act teaches us anything, it is that we should not dismiss legal challenges too quickly,” he said.