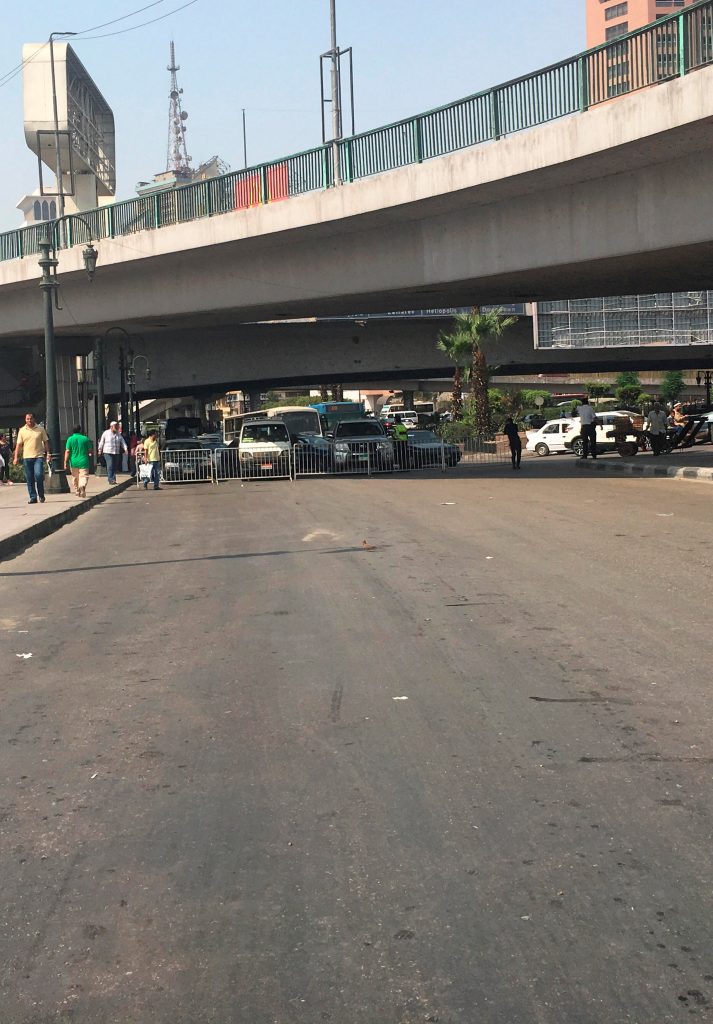 No casualties were reported, the sources said. A witness said she heard a blast and then saw a man with a backpack that had caught on fire close to the Semiramis Hotel, across the road from the embassy premises.

The man was then thrown to the ground by security forces as the fire was extinguished, the witness said.

The U.S. Embassy in Cairo said on its Twitter account that it was aware of a reported incident and asked people to avoid the area.

The area was cordoned off by security forces shortly after the incident and there was an unusually heavy police presence with dozens of officers nearby, Reuters witnesses said.