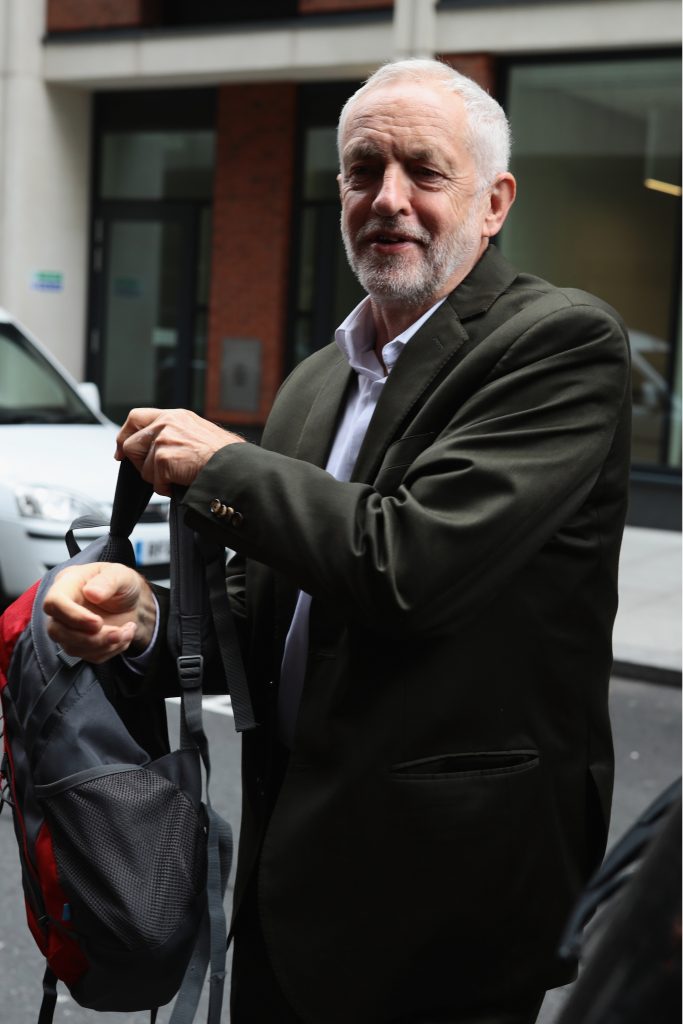 Whilst opposing demonstrators shouted slogans and waved placards at each other outside the Labour Party headquarters on Tuesday afternoon, inside, the National Executive Committee finally agreed to accept the disputed International Holocaust Remembrance Alliance definition of anti-Semitism.

The Labour Party has been embroiled in months of dispute, both internally and externally, over the wording of the definition, particularly the examples of what might be considered to be anti-Semitic when criticizing Israel. The IHRA definition is widely accepted as a benchmark and has been adopted by 31 countries and numerous organizations and institutions. In the U.K., a number of local councils have adopted it, but interestingly, in the context of the Labour struggles, neither the Conservative Party nor the Lib-Dems have actually formally adopted the definition.

At the meeting on Tuesday, after several hours of arguments between different factions in the party, it was agreed to accept the definition, including all the examples of anti-Semitism. A long statement prepared by party leader Jeremy Corbyn to accompany the acceptance was rejected, as the committee could not agree to endorse it. However, they issued a short statement, in which they reinforced the fact that “this will not in any way undermine freedom of expression on Israel or the rights of Palestinians.”

A spokesman for the Labour Party said, “The NEC welcomed Jeremy Corbyn’s statement to the meeting about action against anti-Semitism, solidarity with the Jewish community and protection of Palestinian rights, as an important contribution to the consultation on Labour’s code of conduct.”

The announcement received a very mixed reaction from the Jewish community. Whilst initially, it was greeted with relief and guarded enthusiasm, when it became clear that it was still felt necessary to reassure Labour Party members that they could criticize Israel, the reaction soured somewhat.

Chief Executive of the Jewish Leadership Council said, “It is clearly more important to the Labour leader to protect the free speech of those who hate Israel than it is to protect the Jewish community from the real threats that it faces.”

The director of the Labour Friends of Israel, Jennifer Gerber, was more outspoken still. She described the decision as “appalling” and said that “the Labour Party has once again ignored the view clearly and repeatedly stated by the Jewish community that it should adopt the full IHRA definition, without additions, omissions or caveats.” She continued, “A ‘freedom of expression on Israel’ clause is unnecessary and totally undermines the other examples the party has supposedly just adopted. Labour appears determined to provide a safe space for anti-Semites. This decision is a sad reflection on Jeremy Corbyn’s leadership of the party and the culture it has instilled.”

In a rather ironic, or perhaps well-timed, announcement, also on Tuesday, the radio station LBC revealed that they had passed a leaked file of anti-Semitism complaints involving Labour Party members to the police. Some 45 cases are documented in the file, and Mr. Mak Chishty, former head of the Metropolitan Police’s hate crime department, said that 17 of these were above the threshold for a criminal investigation. He told LBC that a further four – including the ones detailed above – warrant a criminal investigation as hate crimes.

“If somebody makes an allegation to us, absolutely we will take it seriously, we will scope it, we will see if a crime has taken place. First instance, does it look like a crime, which is perhaps what Mak has done.

“I will pass this to my experts to deal with. We’ll see if a crime has been committed.”