Politics Kyl, Who Once Criticized Trump’s ‘Boorish’ Style, Stands by His Remarks
Politics 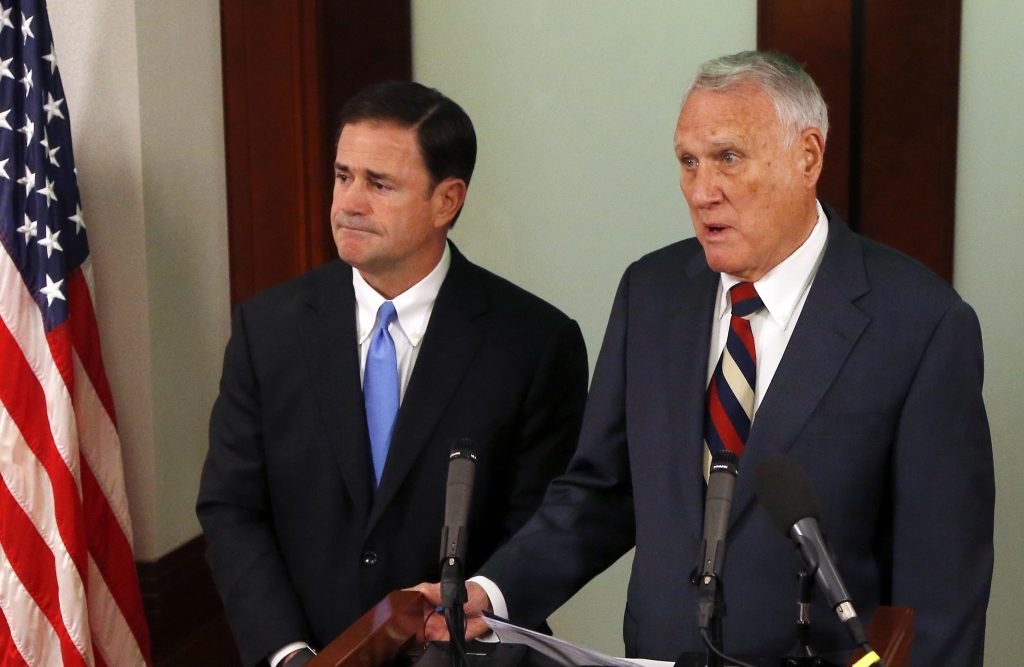 Arizona Gov. Doug Ducey’s appointment on Tuesday of former senator Jon Kyl to succeed the late senator John McCain puts a sometime critic of President Trump on track to join the Senate at a time when the Republican Party has tightened its embrace of him.

Kyl, who was the No. 2 Republican in the Senate before his retirement in 2013, is a staunch conservative who is close to Senate leaders. In recent weeks, he has served as the “sherpa” who has guided Trump’s Supreme Court nominee, Brett Kavanaugh, through the halls of Congress, a role in which he has coordinated closely with the White House.

But Kyl has also at times been unreserved in his criticism of President Trump.

In a February interview with Phoenix-based radio station KJZZ, Kyl described Trump as a “phenomenon that has to be dealt with” and took aim at his combative manner.

“I don’t like his style. Much of it is boorish. I think he’s his own worst enemy,” Kyl said of Trump, adding that he “could be much more effective if he were more politic, more diplomatic.”

In the interview, he was also asked whether he would ever return to the Senate. “No,” he said. “And I don’t wish I was still there.”

In remarks last week at a memorial service for McCain at the Arizona State Capitol, Kyl also made what many interpreted as a swipe at Trump’s overly friendly relationship with Russian President Vladimir Putin.

“When others were looking into Vladimir Putin’s eyes, with an eye of understanding him and reaching accommodation with him, John, of course, said: I looked into his eyes and saw KGB,” Kyl said.

Kyl said Tuesday that he stood by his previous remarks about President Trump, though he struck a somewhat softer tone. In what appeared to be a veiled comparison to McCain, Kyl also joked that the president’s combative nature “reminds me of somebody.”

“I think sometimes, his desire to jump into the middle of a fight or maybe even create a fight – by the way, that reminds me of somebody – but sometimes, that can be detrimental to what he’s trying to achieve,” Kyl said. “That’s what I said, and I stand by that comment.”

Asked about his relationship with Trump, Kyl said he had met the president only once but that he was honored to assist with the Kavanaugh nomination process.

“Well, I don’t really have a relationship with President Trump,” Kyl said, adding: “I believe in Judge Kavanaugh. And in that capacity, I’ve been able to support not just Judge Kavanaugh but the administration.”