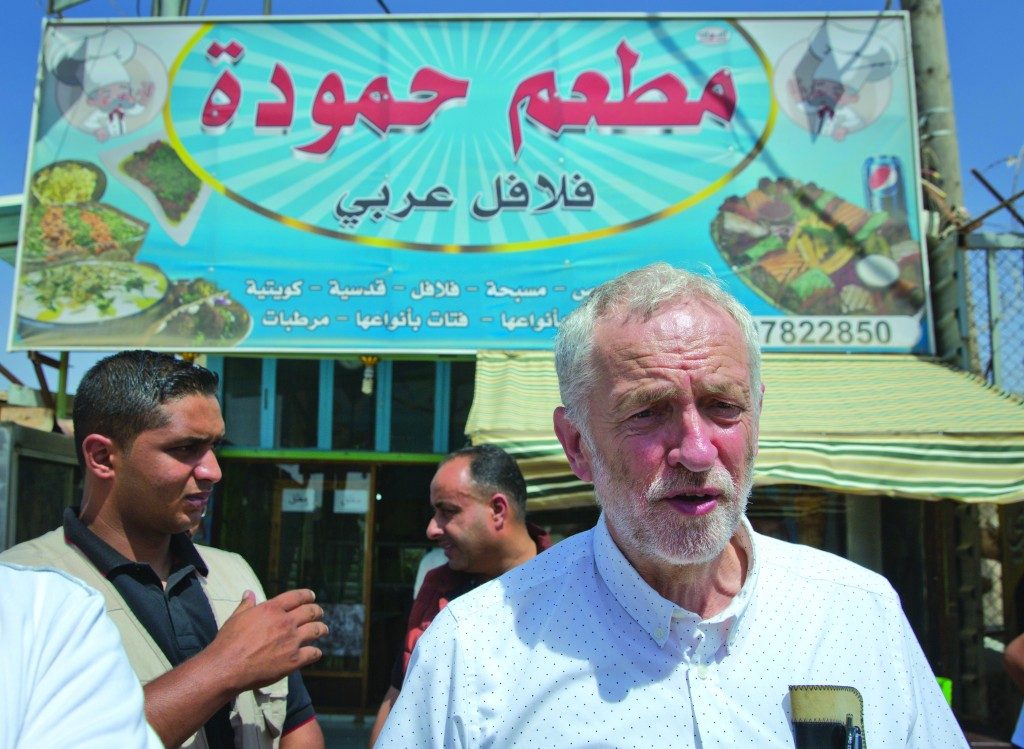 As the summer draws to a close, the Jewish community in the U.K. is holding its breath, waiting for the results of two crucial meetings taking place within the Labour Party this week. On Tuesday the National Executive Committee will decide how the party should define anti-Semitism, and on then Wednesday MPs will discuss the issue again.

This summer has been characterized by one revelation of Labour anti-Semitism after another. Whether it’s been a local councillor expressing anti-Semitic views on social media, or a story about party leader Jeremy Corbyn having met with terrorists, each week has brought another story and another weak denial from the Labour Party. Underlying it all has been the ongoing dispute over the party’s refusal to adopt the International Holocaust Remembrance Alliance (IHRA) definition of anti-Semitism in its entirety, as have 31 countries and numerous political and civic organizations, and choosing instead to quibble over its details.

With Brexit looming on the horizon and the economic future of the U.K. in a state of flux, the Labour Party’s energies could have been better directed. As Philip Rosenberg, Director of Public Affairs at the Board of Deputies of British Jews and a Labour local councillor until he stepped down at the local elections last May, told Hamodia, “Mr. Corbyn has been prepared to sacrifice Labour’s whole policy agenda to fight with a minority community over one sub-clause of one bullet point of the definition of their oppression.”

When Mr. Corbyn was elected as leader three years ago, the Jewish community was apprehensive. Over the last three years, the apprehension has turned to real fear in some quarters and the prospect of his becoming Prime Minister has led families to turn their hypothetical plans to emigrate to Israel into reality. Across the religious spectrum, many dinner table conversations have been devoted to Labour anti-Semitism and Mr. Corbyn’s beliefs. The fact that nearly 70 Rabbanim and spiritual leaders from a very broad range of communities were prepared to sign an unprecedented joint letter calling on the Labour Party “to listen to the Jewish community” and adopt the full IHRA definition, shows the extent of the community’s concern. There has not been this level of communal co-operation since the heyday of the Soviet Jewry campaign in the 1980s.

The community has shown its united concern in other ways too – from the “Enough is Enough” demonstration outside the Houses of Parliament a few days before Pesach, to three mainstream Jewish newspapers printing the same editorial on their front page a few weeks ago. The leaders of various Jewish organizations have been extremely outspoken, calling on Mr. Corbyn to pull his party into shape.

And it’s not just the Jewish community which is worried. Many non-Jewish politicians, public figures and members of the public have also spoken out and expressed their concerns and the issue has been widely publicized in the general U.K. media, as each new crisis has arisen. Prime Minister Theresa May told reporters, during her trip to Africa last week, “Anti-Semitism is racism. We should all condemn racism in all its forms…members of the Labour Party have raised concerns as well. I think the leader of the Labour Party needs to respond to those concerns.”

With all the talking, writing and handwringing, what can be done?

Heart-warming as it is to see the community’s concerns receiving so much publicity, inevitably it comes with a backlash of accusations that the Jews control the media. There is only one place to which we can turn, all the more so at this time of the year. As the last days of this year wane, we must turn our hearts to Avinu ShebaShamayim and beg Him that this country will continue to be the malchus shel chessed which it has been for so many years. While our brothers and sisters were being deported and slaughtered in mainland Europe less than 80 years ago, those who had made their way here were relatively safe. The Jewish community in England has not been the victim of state-sponsored violence since the 13th century. In recent years, the Government has been led by politicians who are friends of the Jewish people. We must daven that this should continue, whether through a continuation of the existing Government, or through a complete change of heart, or change of leadership of the opposition. The prospect that a man who calls terrorists with Jewish blood on their hands his “brothers” could be the Prime Minister is unthinkable.