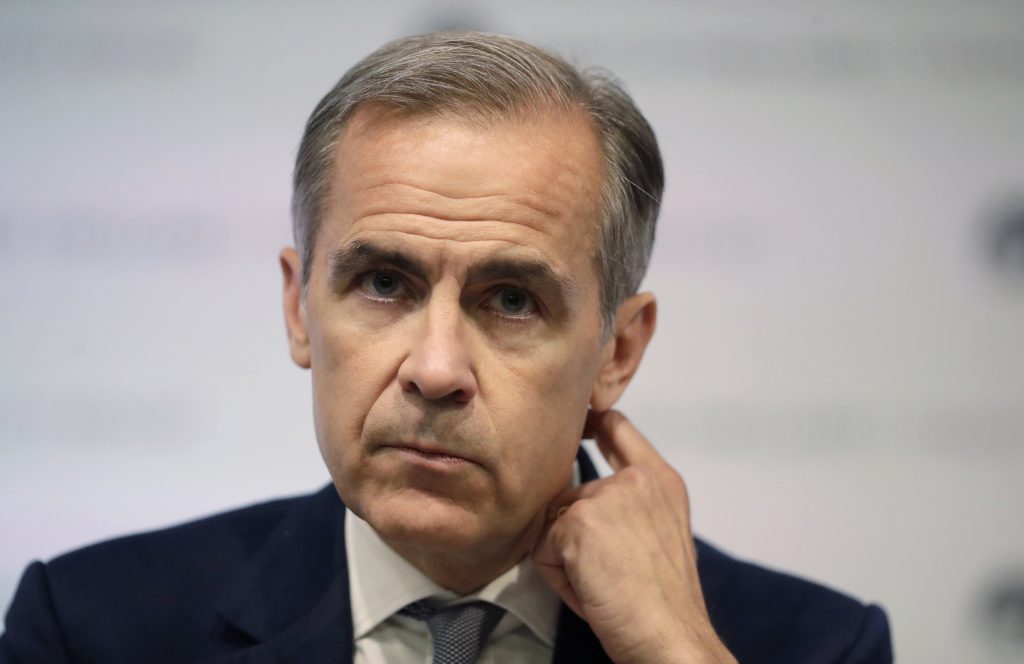 Bank of England Governor Mark Carney all but confirmed Tuesday that he is to stay at the helm of the central bank for longer than planned to help ensure Britain leaves the European Union as smoothly as possible.

Following days of speculation about an extension beyond his planned June 2019 departure, Carney told a committee of lawmakers that during “this critical period” everyone should do what they can to help the Brexit process.

Carney, a Canadian, took the top job at the Bank of England in July 2013 on a five-year basis. He extended it by a further year in the aftermath of Britain’s vote in June 2016 to leave the EU.

“Even though I have already agreed to extend my time to support a smooth Brexit, I am willing to do whatever else I can in order to promote both a smooth Brexit and an effective transition at the Bank of England,” he said Tuesday.

With Brexit due March 29, 2019, Carney confirmed he has been in talks with Britain’s Treasury chief, Philip Hammond, about extending his tenure again. Concerns have been raised recently that the Treasury had yet to open up the appointment process to replace Carney.

Carney, who is reportedly also interested in returning to Canadian politics, has said the government will announce details “in due course.” Media reports have suggested his tenure may be extended by about a year or two.

“The sooner the government provides clarity, the better,” said Nicky Morgan, a Conservative lawmaker who chairs the Treasury Committee to which Carney was addressing Tuesday. “Any extension to Carney’s term should not be used to delay succession planning.”

Many backers of Brexit have accused Carney of taking sides during the Brexit referendum campaign, of being a leading proponent of so-called “Project Fear” when warning of the economic consequences of a vote to leave the EU. But many in the financial markets have been calling on Carney to stay longer to help reduce uncertainty.

The British government’s discussions with the EU have struggled to make progress over the past few months, and Prime Minister Theresa May has suffered a series of resignations from her cabinet, including those of Boris Johnson as foreign secretary and David Davis as Brexit secretary.

Her latest proposals for Brexit involve Britain maintaining many EU rules so British firms can keep trading easily in the European single market. Her plan has run into resistance from both the EU and within May’s Conservative Party.

With the opposition Labour Party also seemingly split over how to approach Brexit, concerns have risen that Britain will end up crashing out of the EU with no deal and no transition period after Brexit day to help smooth the process.

Though Carney said last month that the risks of a no-deal Brexit were “uncomfortably high,” he said Tuesday that an agreement was the “more likely” scenario.

“The negotiations are getting to a critical stage and there’s still a wide range of views of potential outcomes,” he said.

Companies appear to be expecting a smooth exit, with only 20 percent of firms having contingency plans for a no-deal Brexit, Carney noted.

“There’s upside to this economy.”

Last month, the Bank of England raised its main interest rate by a quarter point to 0.75 percent to contain inflation, which has risen above the 2 percent target. Prices have risen largely as a result of a 15-percent fall in the pound in the wake of the Brexit vote, from around $1.50.

Following Carney’s comments, the pound was down 0.5 percent at $1.2812, amid a broad-based increase in the dollar.