Technology From Punishing to Pleasurable: How Cursive Writing Is Looping Back Into Our Hearts
Health, Science & Technology 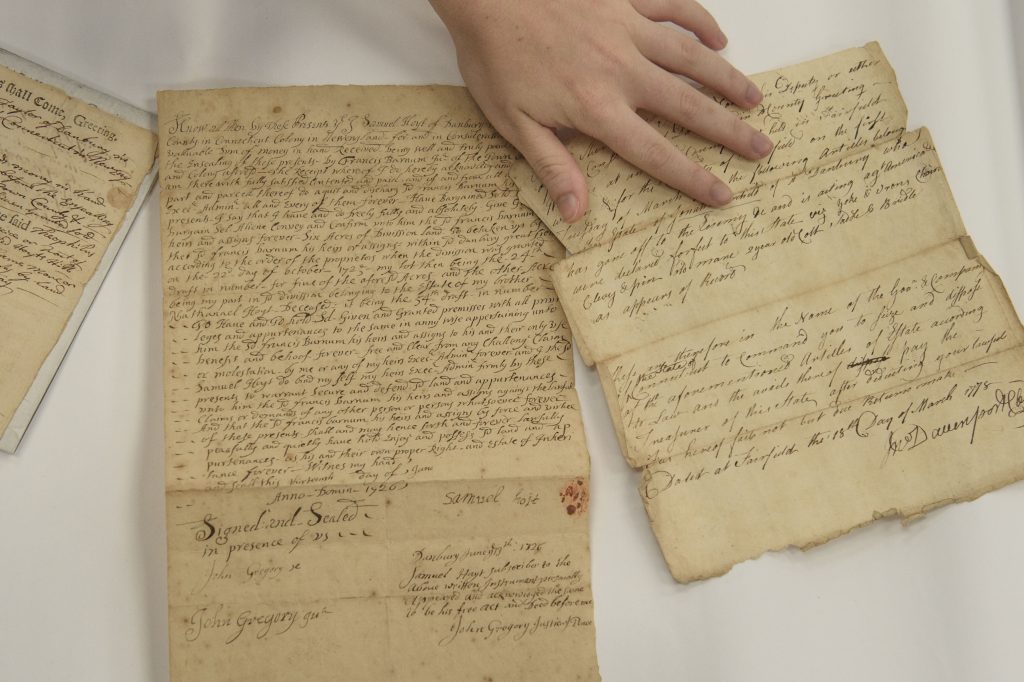 Francesca Curatilo attended three camps this summer: wilderness, martial arts and – in the final days before the start of school – cursive.

On a sunny morning, Francesca sat in a windowless room practicing the majestic swoop of an F. And she was delighted.

“I love how, at the end of the day, you see all the amazing stuff we can do with letters,” said Francesca, 6, who also answers to Cece. At home at night, she practiced her favorites: capital R, P, Z, Y, G and A. There was no assigned homework; Francesca did this for fun.

“When I’m older,” she vowed, “I can sign my name on contracts in cursive.”

Cursive in all its flowing permutations – the opal-shaped calligraphy of Spencerian, the simplified and precise Palmer Method; the spare D’Nealian, distinguished by its saucy “monkey tails”; the stolid and reliable Zaner-Bloser – was once a staple of American elementary education. In the classroom pantheon of Reading, Writing, Arithmetic, cursive was the writing.

In recent decades, cursive was declared moribund, if not dead, after it was shredded from the Common Core in most states, including Connecticut. Typewriters, copiers, computers, and phones, had conspired to kill it. By the mid-aughts, only 15 percent of SAT essays were submitted in script. Today, many adults utilize a mash-up of cursive and print that often can be deciphered only by the author.

Brigid Guertin, executive director of the Danbury Museum & Historical Society, has struggled to find interns capable of deciphering the sepia-tinted documents of their city’s handwritten past. “The majority of our assets are in cursive and not transcribed,” she said.

So three years ago she launched cursive camp, in hopes of training tomorrow’s interns today. Surprisingly, children and parents flocked to it.

The campers, ages 6 to 14, spent their waning days of vacation under the guidance of third-grade teacher Kathleen Johnson creating their own ink (a mashing of berries, vinegar and salt), scratching their names on paper with Day-Glo quills, or with Q-Tips on paint-filled bags, or with their fingers in generous shmears of shaving cream.

They created hat ads in cursive (Danbury is “The Hat City,” having produced a quarter of the nation’s toppers a century ago) and pored over postcards from that era penned in script. Similar camps are popping up across the country and in Great Britain, generated by parents’ Palmerian nostalgia, a desire for children to master the (literally) old-school arts and enhance their research and writing skills.

“Cursive,” said Guertin, “is an artistic expression of who we want to be.”

In the early 20th century, cursive was sometimes taught for an hour each day, and all the way through high school, as an almost military exercise. Handwriting drills were supervised by taskmaster penmanship supervisors, armed with awards and demerits.

Cursive was “all about conforming to rules, other people’s rules,” said Tamara Thornton, a University of Buffalo history professor and author of “Handwriting in America: A Cultural History.” “Your signature was the one place where people could express themselves.”

The Palmer Method dominated much of the century’s teaching, said Thornton, though “it wasn’t so much a particular script as a method of teaching” that deployed “your whole arm in penmanship calisthenics.” It wasn’t art; it was exercise.

Back then, the preferred handwriting of artistic-minded free spirits was good old block-letter printing, introduced into schools by progressive educators such as Maria Montessori and John Dewey, who “believed writing should be about expression and communication,” Thornton said. Because cursive required a level of fine-motor skills not typically accessible before third grade, printing was embraced as a way to get younger children to express themselves through writing.

Now that technology has routed children to communicate via typing or (shudder!) emoji, experts are finding more to recommend about pencil and ink. Handwriting – print or cursive – increases development in three areas of the brain, according to a 2012 study, and “may facilitate reading acquisition in young children.”

Any kind of writing “is going to have massive benefits for the brain,” said Indiana University professor and co-author Karin James. Other studies demonstrate that students retain more information if they write their notes, instead of typing them. For all the challenges of cursive, young children acquire the skill “very fast, as soon as they get exposure,” she said. “Visual recognition during childhood is so plastic and malleable.”

A week will do. Campers seemed to luxuriate in the tactile activities, the way cursive allowed them to rarely raise their pens from paper, an entire word recorded in a few swooping strokes. By the end of the five-day program, Johnson said, “they read historical documents so much better,” and were mesmerized to unlock their secrets. Benjamin and David Miller, 10-year-old twins, thrilled at being able to read a 1908 postcard written in pristine script, addressed to an earlier Miller. “I think we found a relative!” exclaimed David.

Janelle Minar drove almost two hours round-trip from Norwalk to Danbury so her sons, Davey Joe, 13, and Sparky, 8, could learn cursive. “I looked for well over a year for a program. It’s important for their hand-eye development. It’s very empowering to maximize their potential,” she said.

Johnson isn’t required to teach cursive during the school year but sometimes adds it to the curriculum after she’s met the state testing requirements. “Now that we have email, no one writes letters anymore,” she bemoaned. In camp, though, “I can teach it my own way. We can have fun and be messy the way you can’t be in school. Someone would probably come in and worry about a shaving cream allergy.”

Cursive’s resurgence, Thornton argues, is – like so much else these days – tied to politics. “Society has gotten nervous about deviating from what is the norm,” she said, and cursive “tends to make a comeback when conformity is threatened.”

Still, “what’s most important is that kids enjoy it, and some people find it a wonderful form of expression,” she said. “Where is cursive really, really big? Home schooling and places like Louisiana.” But also the New York City schools, which last year encouraged, but didn’t mandate, teaching script.

“Handwriting is about nostalgia,” Thornton said. “It’s about the past, and how we feel about our present and the future.”

Perhaps. Kayla Schweitzer, 7, just thought cursive was fancy and pretty and might be useful someday. “Like when you’re older and you’re famous,” she said, “you’ll know how to do your signature.”

To children, “cursive is an unknown, a secret language,” Guertin said. “If we don’t build out a connection to history, and the study of history, how will we know where we came from?”

This fall, “due to overwhelming interest and demand.” she will expand her mission: “Cocktails and Cursive,” a weekend seminar for adults who have grown rusty or never truly learned.