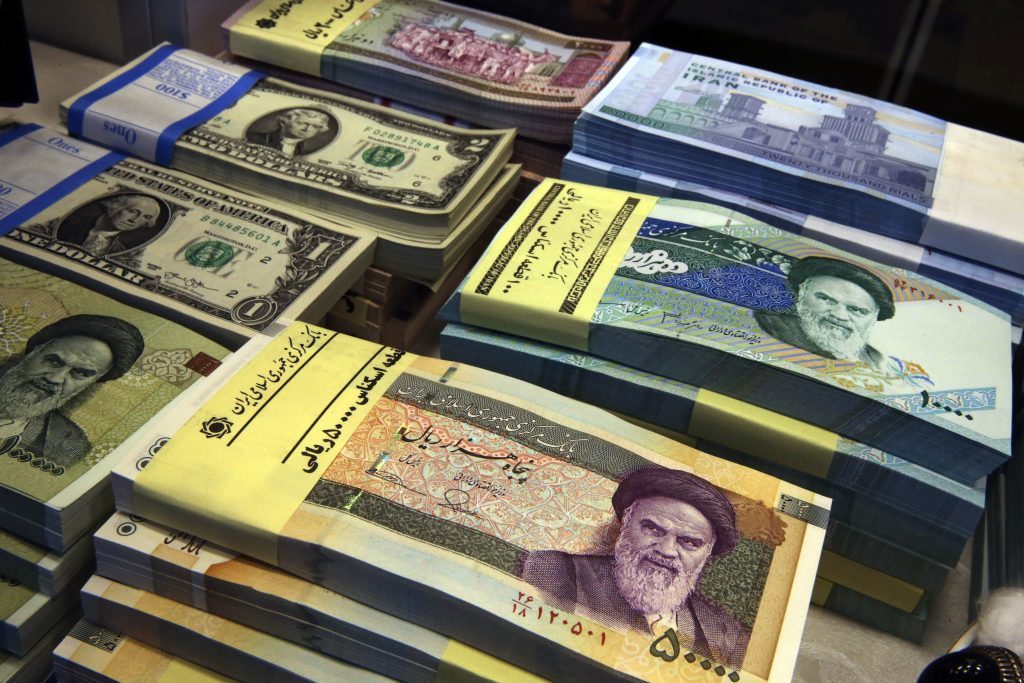 The Iranian rial hit a record low against the U.S. dollar on the unofficial market on Monday amid a deterioration in the economic situation and the reimposition of sanctions by the United States.

The dollar was being offered for as much as 128,000 rials, according to foreign exchange website Bonbast, which tracks the unofficial market.

The currency has been volatile for months because of a weak economy, financial difficulties at local banks and heavy demand for dollars among Iranians who fear the pullout of Washington from a landmark 2015 nuclear deal and renewed U.S. sanctions could shrink Iran’s exports of oil and other goods.

A set of U.S. sanctions targeting Iran’s oil industry is due to take effect in November.

Last week, Iran’s parliament sacked the minister of economic affairs and finance, the latest in a continuing shakeup of top economic personnel. In early August Iranian lawmakers voted out the minister of labor and in July President Hassan Rouhani replaced the head of the central bank.

Protests linked to the tough economic situation in Iran erupted last December, spreading to more than 80 cities and towns and resulting in 25 deaths.

Sporadic protests, led by truck drivers, farmers and merchants in Tehran’s bazaar, have continued since then and have occasionally resulted in violent confrontations with security forces.