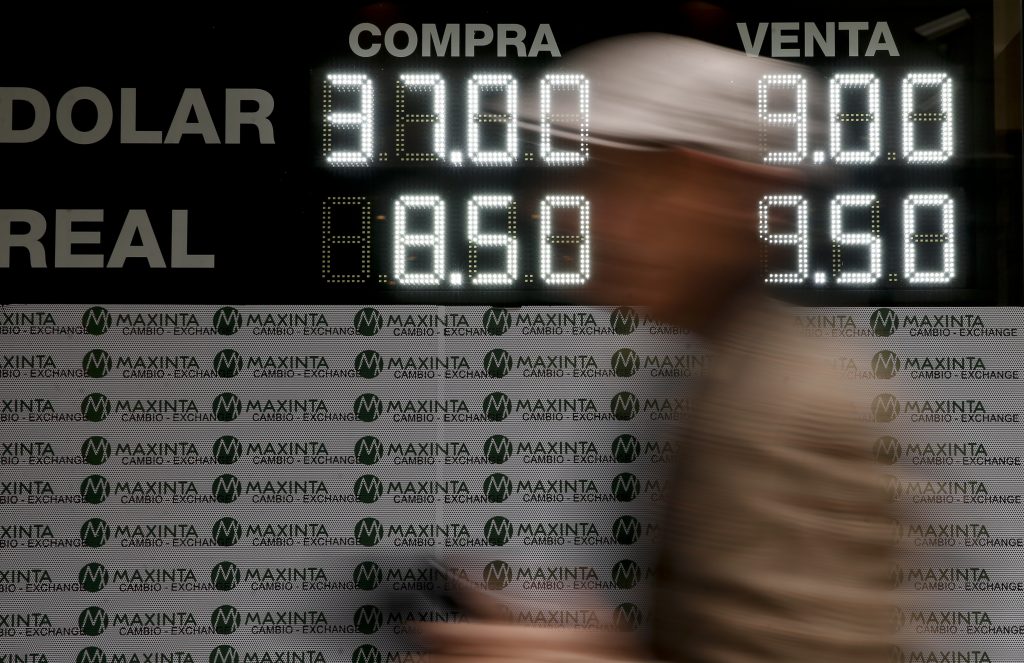 Argentina’s President Mauricio Macri announced new taxes on exports and the elimination of several ministries on Monday in a bid to halt economic turmoil that has sent the peso to record lows.

Macri said in a statement that he will also allocate more economic aid and strengthen food plans for Argentines who suffer from poverty and have been affected by skyrocketing inflation running at more than 30 percent this year.

“To start building the country we want, we have to balance our accounts with a state that spends less than what it receives,” he said.

In recent weeks, the currency crisis in Argentina has intensified, forcing the government to ask for the early release of a credit line from the International Monetary Fund under a $50 billion backup financing arrangement approved earlier.

Macri, a pro-business conservative who took office in 2015, promised to trim Argentina’s fiscal deficit, reduce poverty and curb inflation, but has struggled under the weight of the country’s economic problems.

The latest moves come as he seeks to calm markets and restore confidence to Argentines who continue to lose purchasing power.

The peso closed at 37.4 pesos per greenback on Friday and tumbled an additional 4 percent to 39.3 pesos per dollar after the president spoke, suggesting the announcement had done little to reassure investors.

The government will now undertake a so-called ‘deficit zero’ plan intended to balance the budget in 2019 and staunch the currency’s steep devaluation.

“These were the worst five months of my life since I was abducted,” the president said, referring to the early ‘90s when he was kidnapped for 12 days by a criminal gang that demanded several million dollars in ransom.

He said that he will ask more of exporters because they “have more capacity to contribute” and had benefited from the devaluation.

He also acknowledged that a tax on exports is “very bad,” but said that it was necessary because there was an “emergency” situation.