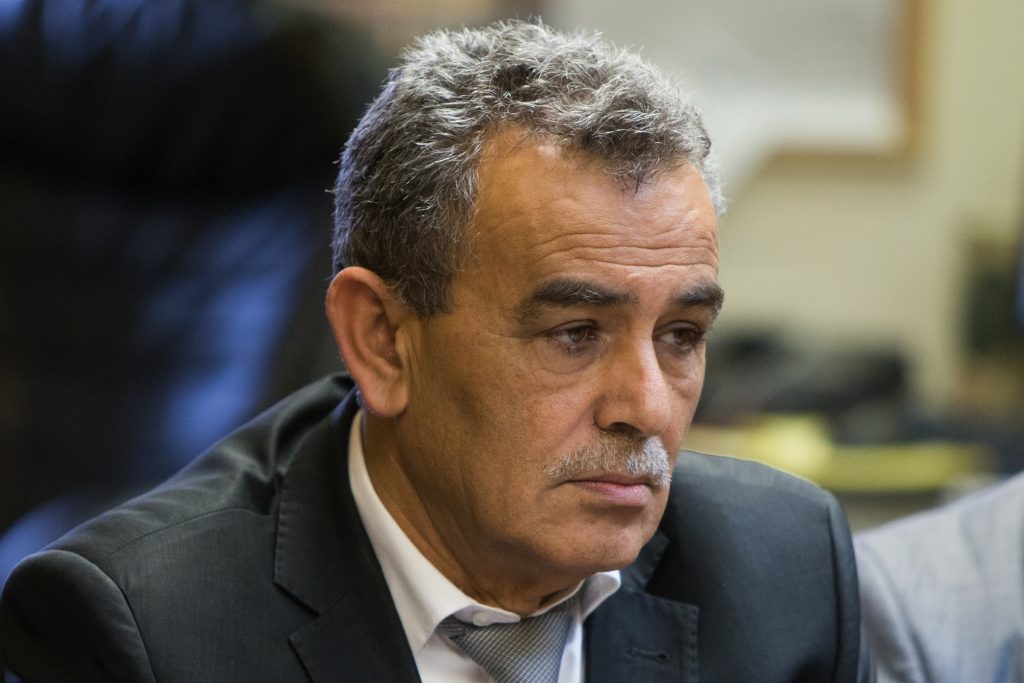 Bad enough that Palestinian Authority chief Mahmoud Abbas meets with the head of Israel’s Shin Bet, as he admitted to doing Sunday at a meeting with Israelis, according to United Arab List MK Jamal Zahalka. But to agree with the Israeli official – on 99 percent of the issues, as Abbas said – is a “death blow” to the Palestinian cause, he wrote in a social media post Monday.

In a meeting Sunday with Israeli leftists, including Shaked Morag, head of the far-left Peace Now group, along with MK Musi Raz (Meretz) and Kesenia Svetlova (Zionist Camp), Abbas said that closing a final deal should not be too difficult. “I meet with the head of Israel’s Shin Bet on a regular basis,” he told the Israeli group. “We agree on 99 percent of the issues.” Abbas added that Israel and the PA conduct “full security coordination on a daily basis,” and that his people “do their best to ensure that no Israeli gets hurt” by terrorists.

According to Zahalka, such cooperation is against the interests of Palestinians. The Arab MK said that there was no doubt that Abbas had “diluted” Palestinian demands, and compromised their negotiating position that would lead to a reduction in what they could get at the negotiating table.

In an interview with Reshet Bet, former Shin Bet head Yaakov Peri said that it was perfectly legitimate that the current head of the organization, Nadav Argaman, to meet with Abbas. “There is a disconnect between the political echelon in Israel and in the Palestinian Authority, while there is security cooperation between both sides. It is certainly reasonable that the head of the Shin Bet and the head of the PA would meet every month or two.”

The purpose of the meetings is to cement security cooperation, not to discuss politics, Peri added. “I know of what I speak from personal experience. Yitzchak Rabin asked me many times to discuss issues with Yasser Arafat.”