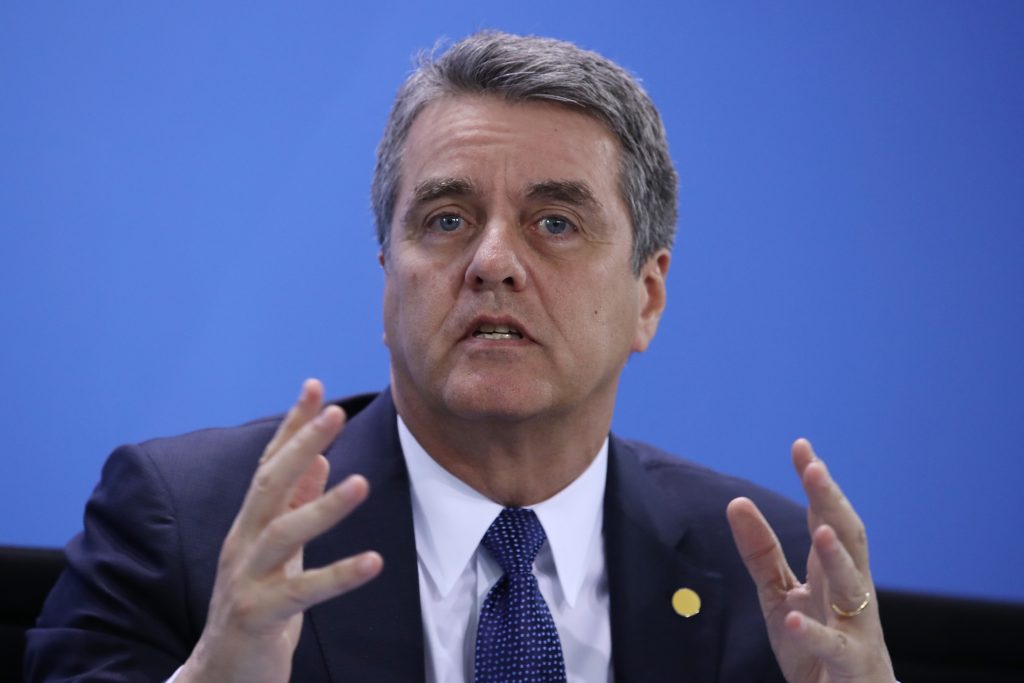 The head of the World Trade Organization has responded to President Donald Trump’s threat to leave the institution by warning such a move would cause chaos for U.S. companies operating around the world.

In an Oval Office interview with Bloomberg on Thursday, President Trump warned that he would withdraw from the WTO “if they don’t shape up.” The president also called the 1990s agreement establishing the body “the single worst trade deal ever made.”

Roberto Azevedo, the WTO’s director general, told Bloomberg on Friday that he was already working with the U.S. and other members to address some common complaints. But he warned that a U.S. exit from the WTO would have chaotic consequences for the global economy and the U.S. itself.

In particular, he said, such a move would leave U.S. businesses vulnerable to commercial discrimination and new tariffs around the world if non-U.S. members were no longer bound by the WTO’s rules.

“That is the worst thing that could happen for an economy as globally connected as the American economy,” Azevedo said.

Global growth remains strong, he said. But even before the latest round of U.S. and Chinese tit-for-tat tariffs, the WTO was concerned over rising protectionism in the world and Azevedo said “a number of alarms” are sounding.

Worse, protectionist measures “are spreading very, very quickly,” he said, with the U.S. expected to move as soon as this week to impose tariffs on an additional $200 billion in imports from China. The world’s two biggest economies have already levied duties on $100 billion worth of each others’ products since July as talks failed to resolve U.S. concerns over China’s trading practices.

Azevedo said he was in discussions with the U.S. and other members about the need for reforms at the WTO and in global trading rules. “I suppose that is consistent with ‘shape up’,” he said, citing Trump’s comments.

In particular, a number of members other than the U.S. shared Washington’s concerns about issues related to China. Among those were shortcomings in global trading rules related to industrial subsidies, the conduct of state-owned enterprises and the theft of intellectual property.

He pointed to July’s Rose Garden agreement between President Trump and the European Commission President Jean-Claude Juncker, which included a commitment to work together and with other countries on WTO reforms. Also underway are conversations between the U.S., EU and Japan over their common complaints about China as well as discussions between the EU and China over both their bilateral trading relationship and how to reform the rules-based trading system.

“All this is I suppose the beginning or the seeds of the kind of conversation that we need over how to overhaul the WTO,” Azevedo said.

Among Trump’s main complaints about the WTO is that it the U.S. is treated unfairly by its dispute system and loses many of the cases.

Azevedo rejected that complaint, however, saying: “The United States is being treated exactly the same way as every other WTO member.”

The U.S. being the largest economy in the world, “the reality is that the U.S. has brought more dispute cases than anybody else” and been a target of more than any other member, Azevedo said.

Like most members, the U.S. had won more than 90 percent of the cases it had initiated, he said, and lost most of the cases brought against it.