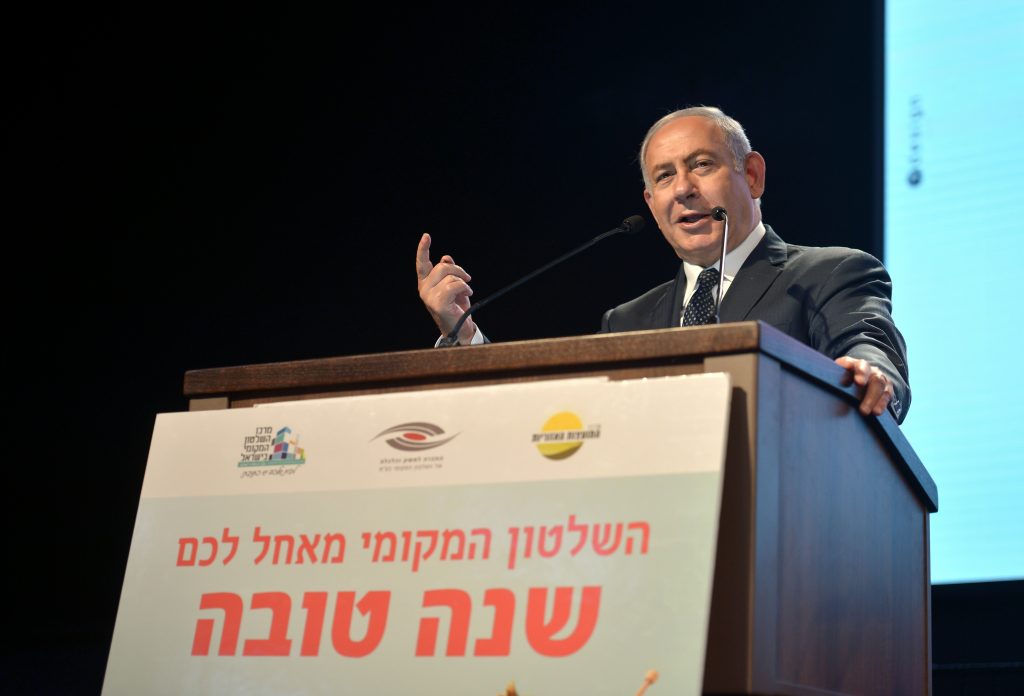 Israel’s prime minister on Sunday welcomed the U.S. decision to stop funding the U.N. agency for Palestinian refugees, accusing it of perpetuating a crisis that lies at the heart of the Israeli-Palestinian conflict.

The agency’s commissioner rejected such accusations, saying that the failure of political leaders to resolve the conflict has caused the refugee crisis to drag on for 70 years.

Speaking in southern Israel, Prime Minister Benjamin Netanyahu said Sunday that Israel has taken in hundreds of thousands of Jews uprooted from homes in the Middle East and Europe.

“This is not what is happening with the Palestinians,” he said. “There they created a unique institution, 70 years ago, not to absorb the refugees but to perpetuate them.”

UNRWA was founded after the 1948 war against Israel’s creation to serve some 700,000 Palestinians who fled or were uprooted from their homes. Today, it provides education and social services to over 5 million people across the region.

Mr. Netanyahu said the funds withheld by the U.S. should be used to “genuinely help rehabilitate” the refugees. He claimed the number of refugees is much lower than UNRWA’s figures.

UNRWA rejects the Israeli accusations that it is perpetuating the refugee issue. It says it operates under a strict mandate outlined by the United Nations and says the refugee issue should be resolved as part of a broader peace agreement between Israel and the Palestinians.

“We are not mandated to deal with the politics,” he said during a visit to a school in the Whedat refugee camp. “It is the utter failure of the parties and the international community to resolve this conflict that explains why Palestine refugees are still refugees 70 years on. It has nothing to do with an UNRWA perpetuation of that situation.”

The U.S. cut off some $300 million in funding to UNRWA on Friday, calling it an “irredeemably flawed operation.” The U.S. has in the past been the largest donor, providing roughly 30 percent of UNRWA’s budget.

UNRWA has warned the cuts could hurt its operations, including a network of schools that serves over 500,000 students. Kraehenbuehl said he is now working to find new sources of funding to keep the schools and other services functioning.

“It is clear to me this decision has been made for political reasons and not in relation to UNRWA’s performance or the results that we have achieved,” he said.

Despite securing additional funds from UNRWA donors, the agency is still facing a $200 million dollar shortfall, Kraehenbuehl added, describing the current situation as “an existential crisis” for the agency.

The Palestinians have condemned the U.S. decision, saying the Trump administration is trying to force neighboring countries to absorb refugees and remove the sensitive issue from future negotiations.

Israel rejects any large-scale return of Palestinians to lost homes in what is now Israel, saying it would destroy the country’s Jewish character.