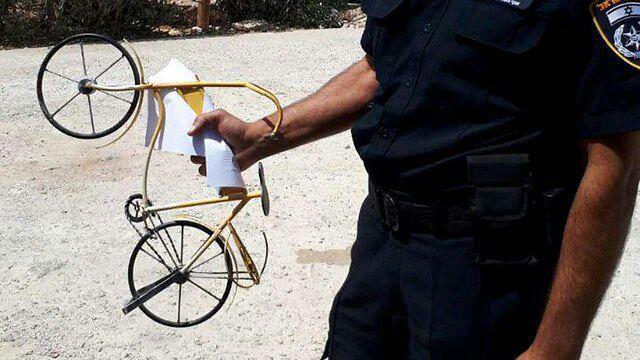 Security forces foiled an Arab terrorist who snuck into the Gush Etzion town of Tekoa on Sunday morning. The Arab, shouting epithets against Jews in Arabic, threw stones at passerby on one of the town’s streets, and grabbed a small metal bike, with which he tried to attack Israelis. He was neutralized by security forces. B’chasdei Shamayim, no injuries were reported in the incident.

Tourism Minister Yariv Levin was in the town at the time, visiting a local school on the first day of class. As the attack took place, a security siren sounded. Levin said that he “could not help but be impressed by the calm behavior of both the school’s staff and its students when the siren went off. I believe that the determination of the people here and elsewhere in Yehudah and Shomron is evidence that nothing will stop us from exercising our rights in our land, to conduct a Jewish life especially in this beautiful and unique area.”

Gush Etzion Regional Council head Shlomo Ne’eman, who was also present at the event when the siren went off, said that residents trusted the army to prevent terrorists from attacking our towns and to ensure that they can be developed. This is the true answer to our neighbors who believe they can attack us and throw us out of our homes. We are here to stay,” he added.

On Sunday afternoon, Israeli security forces arrested a female Arab terrorist with a knife at the Kalandiya crossing, north of Yerushalayim. She was arrested after security officials noticed that she was behaving in an unusual manner. She was detained and taken in for questioning.