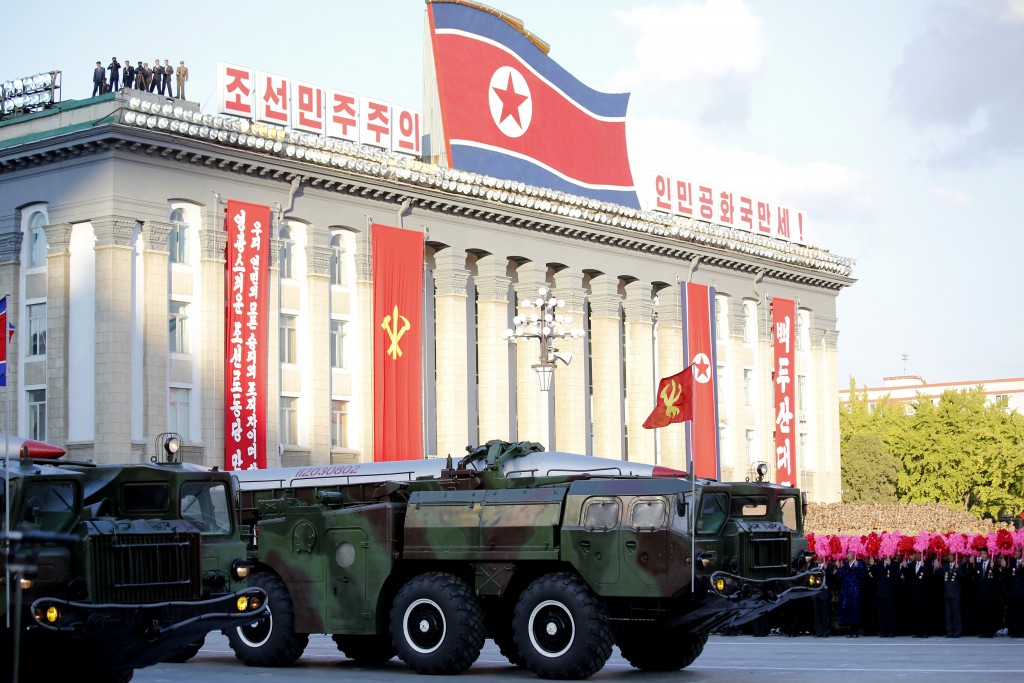 Satellite imagery shows North Korea is poised to stage another military parade amid new worries that diplomatic efforts on denuclearization are stalling, though analysts say it is unclear whether it will showcase any of the country’s largest ballistic missiles.

Pyongyang is preparing to host a number of major events on Sept. 9 for the 70th anniversary of the country’s founding, including a military parade, possible visits by foreign delegations, and – for the first time in five years – a massive choreographed performance known as the “Mass Games.”

Parades have long been a way for North Korea to show off its military might, and September’s show comes amid sensitive negotiations over the future of the country’s nuclear and ballistic missile arsenal.

North Korean leader Kim Jong Un met President Donald Trump in June and agreed to “work toward the complete denuclearization of the Korean Peninsula,” but negotiations since then appear to have stalled with both sides increasingly criticizing the other for a lack of progress.

Based on commercial satellite imagery gathered by Planet Labs Inc., analysts say September’s military parade is likely to be very similar to one staged on Feb. 8, but so far there is no sign of the controversial intercontinental ballistic missiles (ICBMs) that are believed to be capable of targeting the United States.

“At the moment, this parade looks pretty similar if not smaller than the one in February,” said Jeffrey Lewis, director of the East Asia Nonproliferation Program at California’s Middlebury Institute of International Studies.

Other possible weapons arrayed on the parade ground include coastal defense cruise missiles, as well as at least six solid-fuel, short-range ballistic missiles possibly of a type first seen in February.

Analysts said that short-range ballistic missile is based on the Russian Iskander missile but also shares many features of South Korea’s Hyunmoo-2 missile.

“The first 99 vehicles are identical,” Lewis said. “After that we only see another 20 or so short-range missiles. There were more on parade in February, including ICBMs.”

Another analysis of the Planet Labs images, conducted by Joseph Bermudez at the Stimson Centre’s 38 North website, also found no signs of ICBMs, but noted that an expanded number of heavy equipment storage shelters indicate September’s parade “will likely be considerably larger than the military parade earlier this year.”

If ICBMs or other large missiles are present, “they would likely remain hidden under the shelters in the heavy equipment storage area until the day of the parade,” Bermudez wrote.

Lewis acknowledged that there could be more weapons hidden in the sheds, but said at this point it is “just speculation.”

Analysts say that so far there is no indication the parade will match the April 2017 “Day of the Sun” parade, in which Kim rolled out multiple new missile systems, helping to exacerbate rising tensions with the United States and South Korea.

“It probably wont be anything close to what we saw in 2017,” said Dave Schmerler, a research associate at the Middlebury Institute.