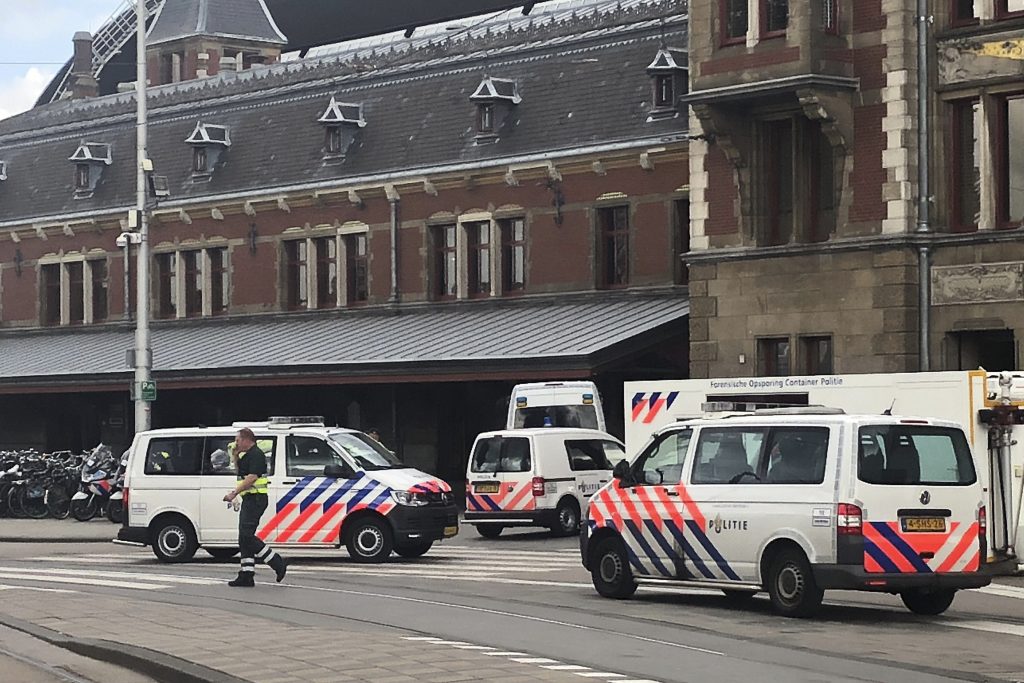 An Afghan man shot by police at Amsterdam’s central station on Friday after stabbing two American tourists had a “terrorist” motive, city officials said on Saturday.

The suspect, who was identified as a 19-year-old Afghan with a German residence permit, was questioned on Saturday in hospital where he was being treated for gunshot wounds to his lower body.

“First statements made by the suspect indicate he had a terrorist motive,” Amsterdam city council said in a statement.

German police searched the man’s house at the request of their Dutch colleagues and seized several data carriers, the authorities said.

The suspect, who is being held in solitary confinement, will be brought before a judge on Monday to decide whether he should remain in custody.

The two people injured in the incident were U.S. citizens, the U.S. ambassador to the Netherlands said in a statement on Saturday.

Ambassador Pete Hoekstra said the pair were tourists visiting the city. They remained in hospital on Saturday with serious injuries, local police said.

Earlier this week, Dutch police arrested a 26-year-old man suspected of threatening to attack far-right politician Geert Wilders over his plan to hold a contest of cartoons depicting Islam’s founder.

Wilders on Thursday cancelled the contest citing security risks, as thousands of people in Pakistan marched in protest of his plan, while the Taliban in Afghanistan called for attacks on Dutch troops serving in the country.

The National Coordinator for Counter-terrorism and Security Policy said the national threat level in the Netherlands was unchanged at “substantial”, or one notch below the highest.

Since attacks by Islamist radicals in France, Belgium, Britain and Germany, the Netherlands has been considered a target, because it supports U.S.-led military operations against the Islamic State terror group in the Middle East.

The last major attack in the Netherlands was the killing by a Muslim radical of Theo van Gogh, in 2004.