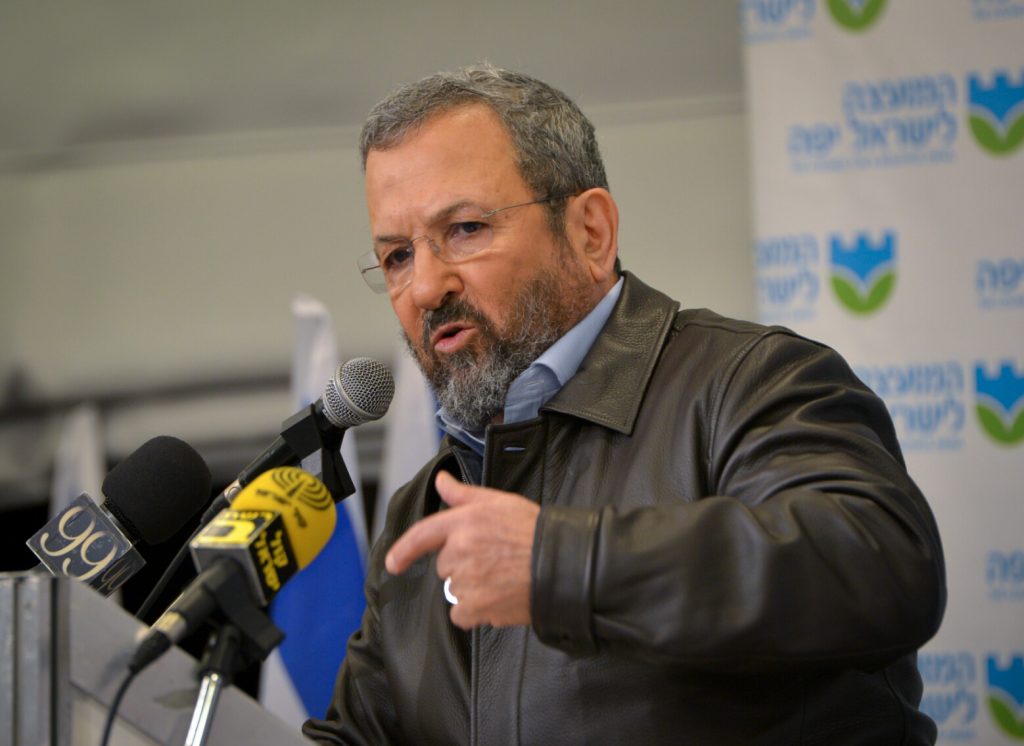 With Zionist Camp continuing to do poorly in polls, a number of MKs in the party are said to be planning to leave it and establish their own movement, under the leadership of former Prime Minister Ehud Barak. A report in Yediot Acharonot quoted party sources as saying that “a split in the party is inevitable, and will happen sooner or later.” According to the sources, the split could come in the coming months – before new elections are called – and the Barak faction could run as its own party.

The report said that in recent days, a list with potential breakaway MKs has been circulating among party loyals. So far, 9 of the 24 current Zionist Camp Knesset members have been identified as potential candidates for the move, and the report said that several have confirmed that discussions on the matter are indeed going on. However, not all have confirmed – and in order to call itself a new party, a breakaway movement must be able to enlist at least a third of the party’s sitting MKs.

In July, Tsipi Livni replaced former MK Yitzchak Herzog as leader of the opposition, but officially she is not leader of Zionist Camp; that title belongs to Avi Gabay, who is not a sitting MK. However, many in the party are said to oppose Livni’s prominent position, as she is not a “native” Labor MK, but head of the Hatnu’a movement, which joined Labor to create Zionist Camp in the last election.

Meanwhile, Prime Minister Binyamin Netanyahu told Likud activists this week that the sky was the limit for the party. “We are going to do very well in the upcoming municipal elections,” which will take place in November, “and a result of 35 MKs would be a likely outcome in the general elections, although we do not know exactly when they will take place. 40 Likud MKs is our goal. We will do this with the overwhelming support of Israelis, who see what we have done. B’siyatta d’Shmaya, the Likud will go sky-high,” Netanyahu said.