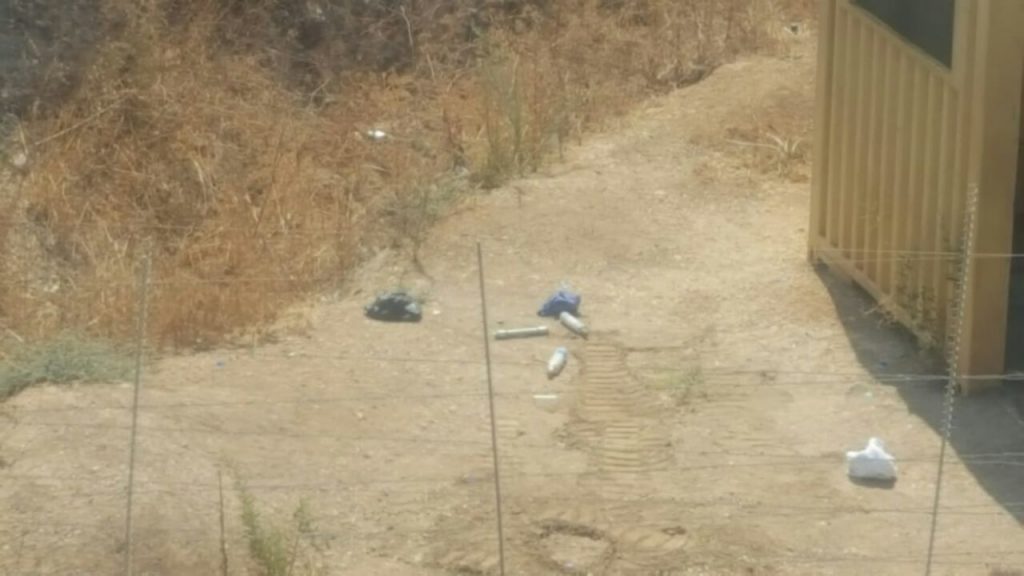 Security forces arrested two Arabs, 18 and 14 years of age, at the court, and three explosive devices were found in their possession, apparently intended to be used.