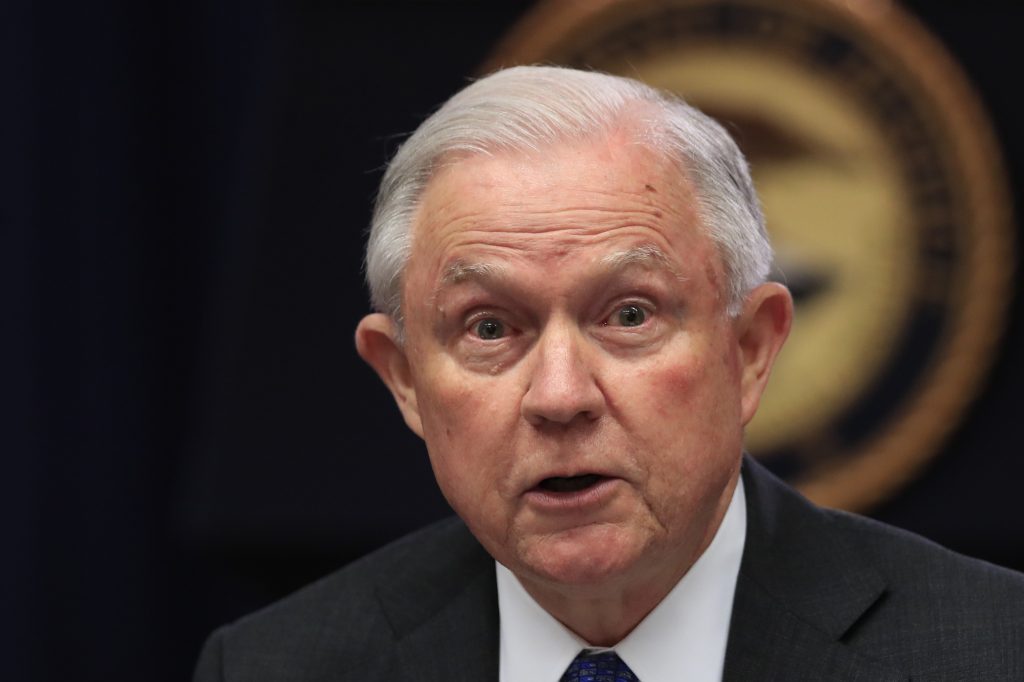 “I just would love to have him do a great job,” Trump said Thursday in an Oval Office interview with Bloomberg News. Asked if he’d keep Sessions beyond November, he declined to comment.

Trump has repeatedly attacked Sessions in private and in public for recusing himself in March 2017 from the investigation of Russian interference in the 2016 presidential election.

Trump also has ridiculed Sessions, a former Republican senator and an early supporter of his presidential candidacy, as “weak” for failing to aggressively pursue Republican allegations of anti-Trump bias in the Justice Department and FBI. Trump has tried to no avail to pressure Sessions to quit, which would open the way to appointing a successor who could oust Mueller or rein in his inquiry.

Sessions’ inability to “control” his department was “a regrettable thing,” Trump said in an interview last week with Fox News, adding that the Justice Department seems “to go after a lot of Republicans.”

Sessions responded then in a defiant statement, saying, “While I am attorney general, the actions of the Department of Justice will not be improperly influenced by political considerations.”

Trump’s comments Thursday were in keeping with the predictions of some key Republicans in Congress, who are now saying they expect the president to oust Sessions after the elections in November despite warning him in the past that the Senate wouldn’t muster the votes to confirm a successor.