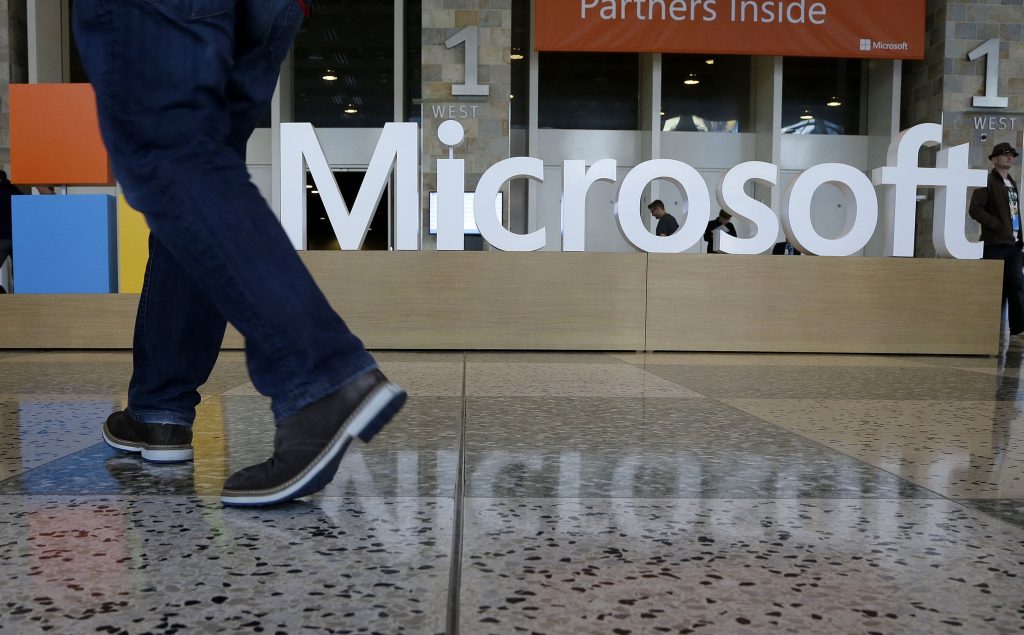 Microsoft will begin requiring its contractors to offer their U.S. employees paid leave to care for a new child.

“Given its size and its reach, this is a unique and hopefully trailblazing offering,” said Vicki Shabo, vice president at the National Partnership for Women and Families.

The new policy affects businesses with at least 50 U.S.-based employees that do substantial work with Microsoft that involves access to its buildings or its computing network. It doesn’t affect suppliers of goods. Contractors would have to offer at least 12 weeks of leave to those working with Microsoft; the policy wouldn’t affect the contractors’ arrangements with other companies. Leave-takers would get 66 percent of regular pay, up to $1,000 weekly.

The policy announced Thursday rolls out over the next year as the company amends its contracts with those vendors. That may mean some of Microsoft’s costs will rise to cover the new benefits, said Dev Stahlkopf, the company’s corporate vice president and general counsel.

“That’s just fine and we think it’s well worth the price,” she said.

Microsoft doesn’t disclose how many contracted workers it uses, but it’s in the thousands.

The new policy expands on Microsoft’s 2015 policy requiring contractors to offer paid sick days and vacation. That sparked other companies such as Facebook to make similar commitments. Facebook doesn’t guarantee that contract workers receive paid parental leave, but provides a $4,000 new child benefit for new parents who don’t get leave. A much smaller California tech company, SurveyMonkey, announced a paid family leave plan for its contract workers earlier this year.

Microsoft said its new policy is partially inspired by a Washington state law taking effect in 2020 guaranteeing eligible workers 12 weeks paid time off for the birth or adoption of a child. The state policy, signed into law last year, follows California and a handful of other states in allowing new parents to tap into an insurance fund that all workers pay into.

A federal paid parental leave plan proposed by President Donald Trump’s daughter, Ivanka Trump, could rely on a similar model but has had little traction.